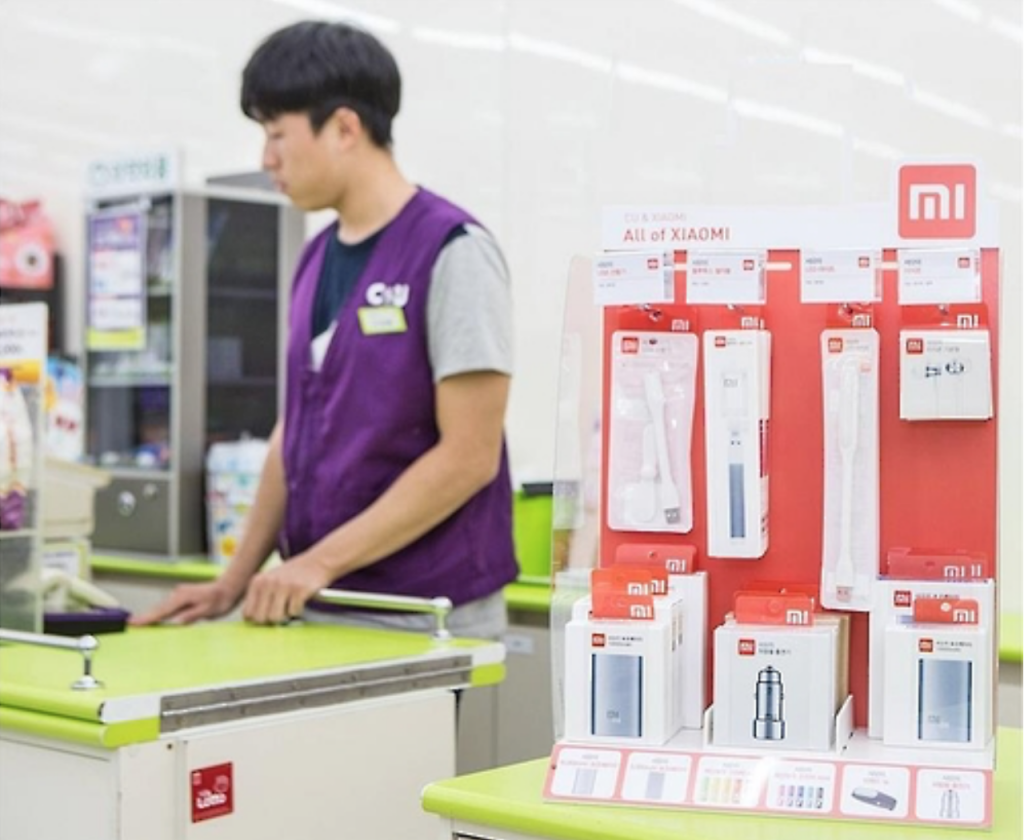 Xiaomi products have grown increasingly popular on Korea’s ecommerce platforms for their affordability. The company’s 5000 mAh battery pack, in particular, makes up about 80 percent of all portable battery sales on T-Mon. (image: BGF Retail)

CU outlets have already been selling Xiaomi portable battery packs (5000mAh) since the beginning of September, which were also supplied by T-Mon, but they will now have nine other products from the Chinese company on offer, including ear phones, selfie sticks, LED lights, and USB fans.

The move is a win-win for both CU and T-Mon.

“With the widespread use of smartphones, sales of smartphone-related products such as portable battery packs have increased by 69 percent this year,” said a BGF Retail (CU operator) official.

“We’ll be increasing our Xiaomi inventory at outlets closer to universities, offices, and entertainment districts, while also targeting Chinese tourists at our stores near tourist attractions like Myeongdong and Gwanghwamun.”

As for T-Mon, it will be securing an offline distribution channel to further expand its revenue stream.

“By allowing offline sales of products that used to be sold exclusively online, we’ll be offering our partners new opportunities to increase their profits,” a T-Mon official said.

Xiaomi products have grown increasingly popular on Korea’s ecommerce platforms for their affordability. The company’s 5000 mAh battery pack, in particular, makes up about 80 percent of all portable battery sales on T-Mon.

Although the Chinese electronics giant has yet to introduce its smartphones to Korea, the brand has gained widespread recognition with massive popularity on ecommerce platforms like T-Mon and Coupang.

Xiaomi made its official entrance here in March through an exclusive deal with local distributor Youmi, and has since been selling a wide range of electronics and consumer goods including the Mi Band (fitness wearable), an air purifier, Bluetooth speakers, a bicycle, and even backpacks.

The company also opened its first offline store at the Yongsan Electronics Market in June, and is rapidly expanding its outlets across the Seoul Metropolitan Area.