SEOUL, Oct. 26 (Korea Bizwire) — A zoo turtle has been filmed helping out a friend who had flipped over on its back.

Seoul Grand Park, one of the biggest parks in the Seoul metropolitan area, revealed a video Friday in which a sulcata tortoise was found pushing against a friend to help it get back on its feet.

Reptiles are known to follow their instinct rather than express a sense of empathy, which is why the video is so rare, park officials explained.

The two tortoises were born in 2016. They are still young considering that they can live up to 100 years. 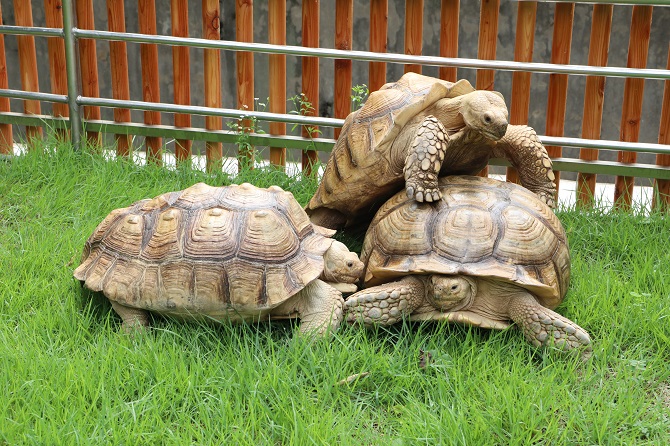 A tortoise stuck on its back faces greater risk of survival than we normally would expect.

In extreme situations, a tortoise can die of thirst or exposure to sunlight if it remains stuck on its back for an extended period of time.