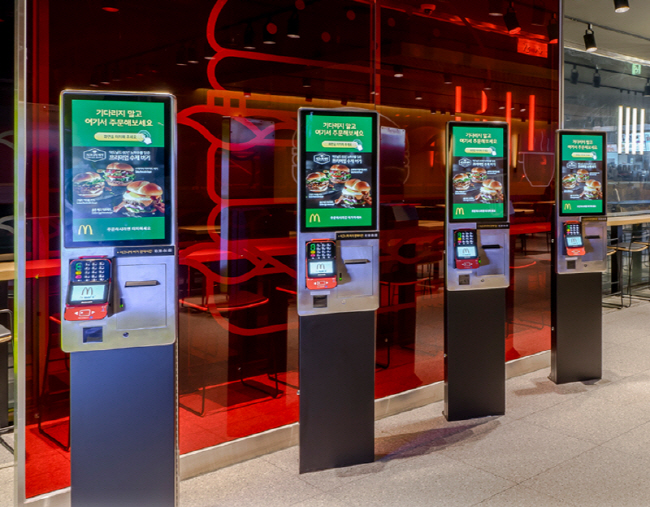 A total of 825 out of 1,350 Lotteria branches across the country, or 62 percent, currently operate automated kiosks for ordering food, they said.

“Most of the stores in downtown areas, especially in areas with tall buildings and near universities, have kiosks,” a Lotteria official said, adding that the number is forecast to increase.

McDonald’s also runs kiosks at some 250 out of 420 outlets across the country, first adopting the system in 2015, they added.

“The number of kiosk stores has gradually increased over the past three to four years as outlets underwent remodeling every year,” a company official said.

Market watchers say the increased number of kiosks reflects rises in rental fees and the minimum wage, with businesses already reeling from worsening profits amid an economic slowdown.