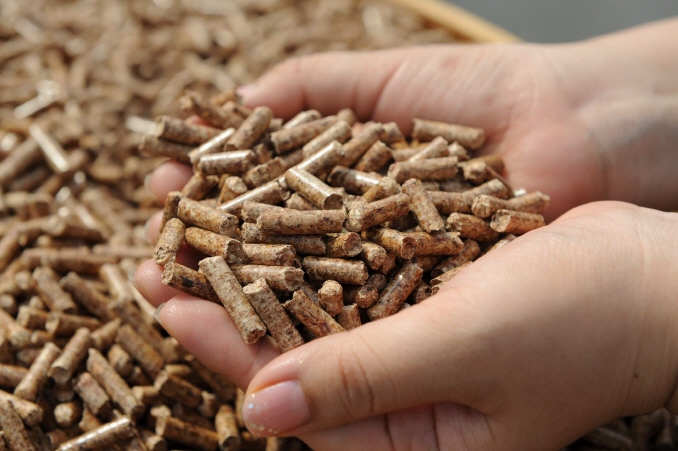 The Korea South-East Power Co. signed a three-year contract with a South Korean pellet fuel manufacturer to use 215,000 tons of abandoned biomass each year to produce pellet fuel that can generate electricity.

Biomass left behind due to excessive disposal costs is increasing by approximately 4 million ㎥ each year, increasing the risk of fire or other natural disasters.

Using this waste as an energy source to generate power can help replace imported pellet fuels with domestic ones, saving money and contributing to energy security.

The Korea Forest Service conducted a series of research projects with the aim to raise the weight value for Renewable Energy Certificate (REC) as it prepares to industrialize the initiative.

As a result, the Ministry of Trade, Industry, and Energy raised the weight value for abandoned biomass from 1.5 to 2.0, strengthening its competitiveness over imported wood pellets.

The Korea Forest Service will build an 812-kilometer-long forest road and supply 67 forestry machines to secure a supply of abandoned biomass for wood pellet production.

Quality standards will also be revised to meet international standards and periodic checks for quality control will be conducted.

The Korea Forest Service expects 1,500 jobs to be created through this initiative. Local residents will participate in the collection of biomass, which will also help local economies.

Removing abandoned timber can reduce the risk of fire and other natural disasters, while expediting other forestry projects in the area.

“Generating power using our wood has never been done before, which is why there is a great potential for job creation as well as the lumber industry,” said Park Jong-ho, vice director at Korea Forest Service.