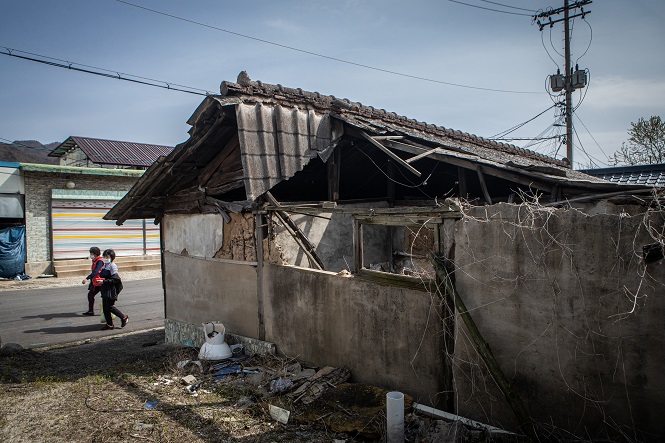 This file photo taken April 6, 2022, shows an abandoned home in the border county of Yeoncheon (Yonhap)

SEOUL, May 2 (Korea Bizwire) — About half of cities, counties and districts in South Korea are at risk of extinction, a state-run agency said.

According to a report from the Korea Employment Information Service (KEIS), 113 (49.6 percent) out of 228 cities, counties and districts around the country were classified as ‘extinction risk areas’ last year, up 33 from 2015 and 11 from 2020.

Extinction risk areas refer to regions with an extinction risk index of less than 0.5. This index is calculated by dividing the female population between the ages of 20 and 39 by the population over 65 years of age.

The KEIS pointed out that there is a gap in the quality of jobs between extinction risk areas and low risk areas, adding that the workforce is flowing from high-risk areas to low-risk areas.