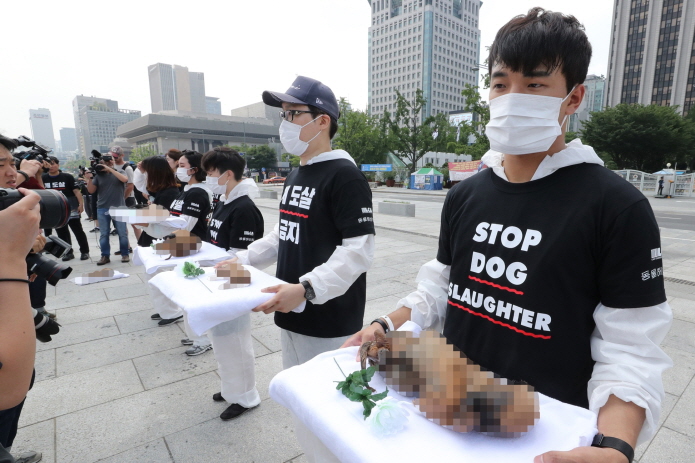 In some cases, those who report animal abuse and the alleged abusers themselves have sued each other over the question of whether animal abuse has taken place. (image: Yonhap)

SEOUL, Oct. 15 (Korea Bizwire) — With an increasing number of pet owners in South Korea, cases of animal abuse and abandonment are also increasing in number.

A number of puppies were found dead on the rooftop of a building in Cheongju, North Chungcheong Province on October 1. It was reported that the puppies looked like they had been treated cruelly before they were killed.

Police authorities are still deciding whether to punish the dog owner, who claims that the puppies fought each other to death. The owner said that the dogs were fed regularly, and were never treated cruelly or beaten.

One animal organization, however, claimed that “having 16 dogs on a rooftop without no installations to guard against inclement weather conditions easily qualifies as a form of abuse according to the Animal Protection Act, even if the owner did not kill the dogs himself.”

In some cases, those who report animal abuse and the alleged abusers themselves have sued each other over the question of whether animal abuse has taken place.

In August, one animal protection organization accused a rescue agency in Cheongju City of abusing rescued dogs by locking them up in refrigerators.

The director of the rescue agency denied such accusations, claiming that the dogs were put there based on a “medical decision from a veterinarian.” The agency then sued the protection organization for defamation.

Police authorities said that “many of those accused of violating the Animal Protection Act strongly protest that the standards that amount to abuse are not clear,” adding that “investigators must listen closely to veterinarians and animal experts to decide whether abuse has taken place.”

The Chungbuk Provincial Police Agency said that the number cases of animal abuse went from two in 2013 to 14 in 2017.

Yeon Bo-ra, head of the Chungbuk office of the Korea Abandoned Animal Welfare Association, said that “there are stronger needs to compile cases of abuse and work further on relevant legislation, as social awareness on animal protection is increasing.”