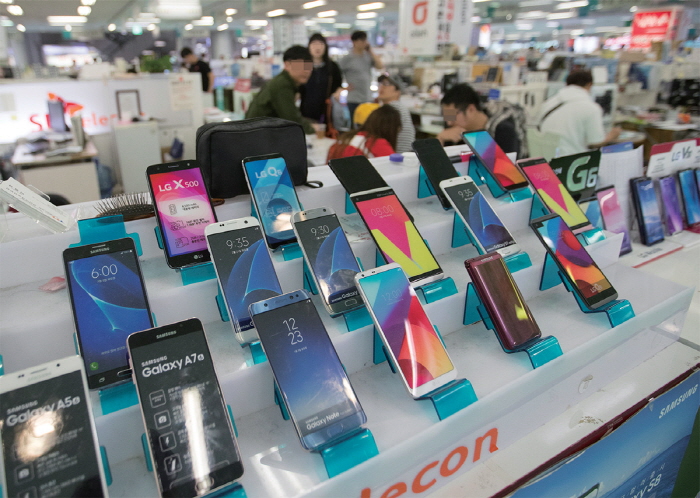 SEOUL, Jul. 3 (Korea Bizwire) — The resale value of secondhand smartphones a year after their initial purchase was highest for Apple products, followed by phones made by Samsung Electronics and LG Electronics, respectively.

This is according to results released yesterday by Good Mobile, which reviewed 4 million data records regarding 19 types of smartphones including products by Apple, Samsung, and LG.

Smartphones produced by Apple had the highest resale value after a year, retrieving 51 percent of their initial value. Samsung phones had a resale value of 33 percent and LG products 20 percent.

Analysts say that Apple phones have the highest resale value because of the sheer number of secondhand Apple phones being traded currently, and a wealth of affordable phone repair shops that make repairing Apple phones less costly than their counterparts.

In addition, Apple smartphones get regular iOS updates to extend their usable lifespan.

Meanwhile, LG phones saw a steep drop in resale value as the company saw a decrease in total sales volume, which ultimately affected the number of phones available on the secondhand market.

However, the resale value of the company’s G6 and V30 models was higher than existing models.

In addition, the resale value of smartphones is affected by the condition of the phones. Phones with a cleaner exterior tend to be resold at higher prices.

Park Jong-il, the CEO of Good Mobile, said that phone producers should take interest in offering better after-purchase services to consumers, because the resale value of secondhand phones can affect sales of new phones.

One thought on “Apple Smartphones Have Highest Resale Value”