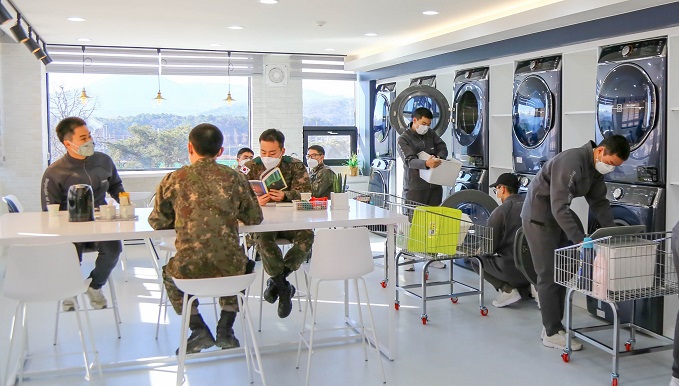 The Army announced Monday the introduction of laundry rooms at barracks, equipped with cutting-edge laundry machines and lounges.

It will set up and operate laundry rooms at five different locations until Jan. 31 before additional rooms are introduced to a total of 24 military units including the nine divisions on the front lines. 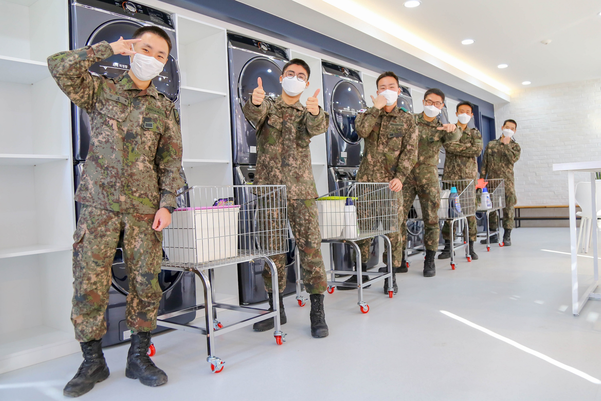 Previously, military laundry rooms were found in bathrooms or washrooms, and were less convenient due to a lack of space.

All of the new appliances can be used free of charge.