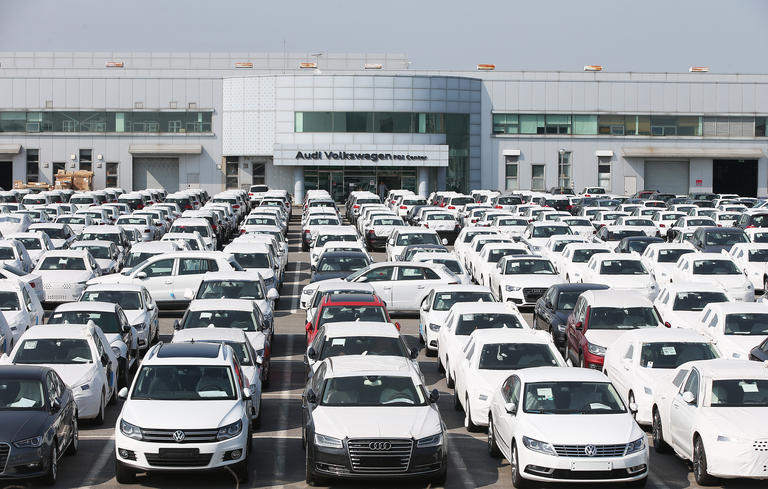 The local unit of the German carmaker has already begun sales of the top luxury Bentley line this month, including the newly certified sport utility vehicle Bentayga. The Flying Spur V8, Continental GT V8 and Continental GT V8 convertible have also returned to the market this month after suspension due to fabricated test results on noise levels.

The company has requested certification for the Audi line, including the S3 sedan, RS7, RS7 Plus, and A8L with South Korea’s environment ministry. These vehicle models had also been suspended from sales for noise level fabrications.

Considering that it took a month and a half for the Bentley models to pass the re-certification tests, Audi vehicles may reach consumers around the third quarter, industry officials said.

Unlike these sister labels, Volkswagen has yet to make a comeback, although officials expect the company to start the process of reintroducing its cars. On the consumer side, the point of interest is when the company will bring in the new compact crossover vehicle Tiguan, the top seller among imported vehicles in South Korea until Volkswagen was hit by the emissions scandal.

Officials say the company is watching for the right timing to seeking certification for the new Tiguan, with some expecting it sometime this month. Recall rate for the diesel version of the Tiguan has reached mid-30 percent range and is proceeding smoothly, creating a favorable atmosphere for approving the new car, officials said.

“We are filing for re-certification starting with models that have complete paperwork,” an official at Audi Volkswagen Korea said. “We will be seeking re-certification for other models as soon as we are ready.”