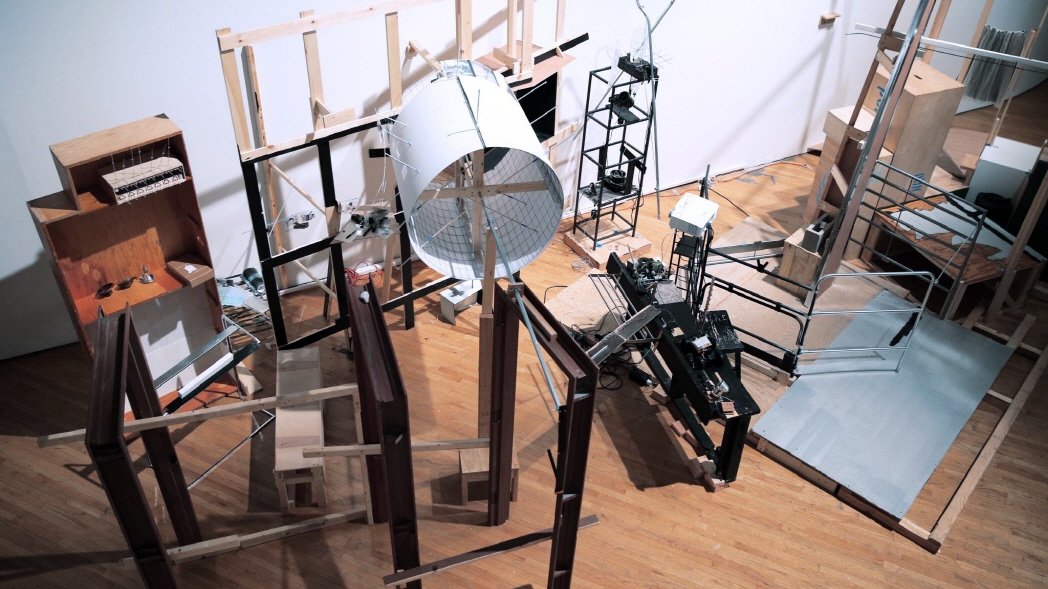 SEOUL, Mar. 23 (Korea Bizwire) — “Dawn Breaks, Seoul,” a new exhibition at Art Sonje Center in Seoul, is not your ordinary exhibition. You are expected to actively participate in it by interacting with objects on display to form a narrative.

A bewildering array of kinetic structures, the operation of which looks unclear at first sight, are scattered around the exhibition hall. They, mostly movable, are turned into a platform where artist duo Rhii Jew-yo and Jung Ji-hyun can talk, perform, or show artworks of various artists.

Through these interactions with human beings, wooden structures and technological devices are brought to life as an organic entity with a story to tell. Artists and gallerygoers listen to each other’s stories, thoughts and memories while imagining underlying messages that an object has to offer.’ 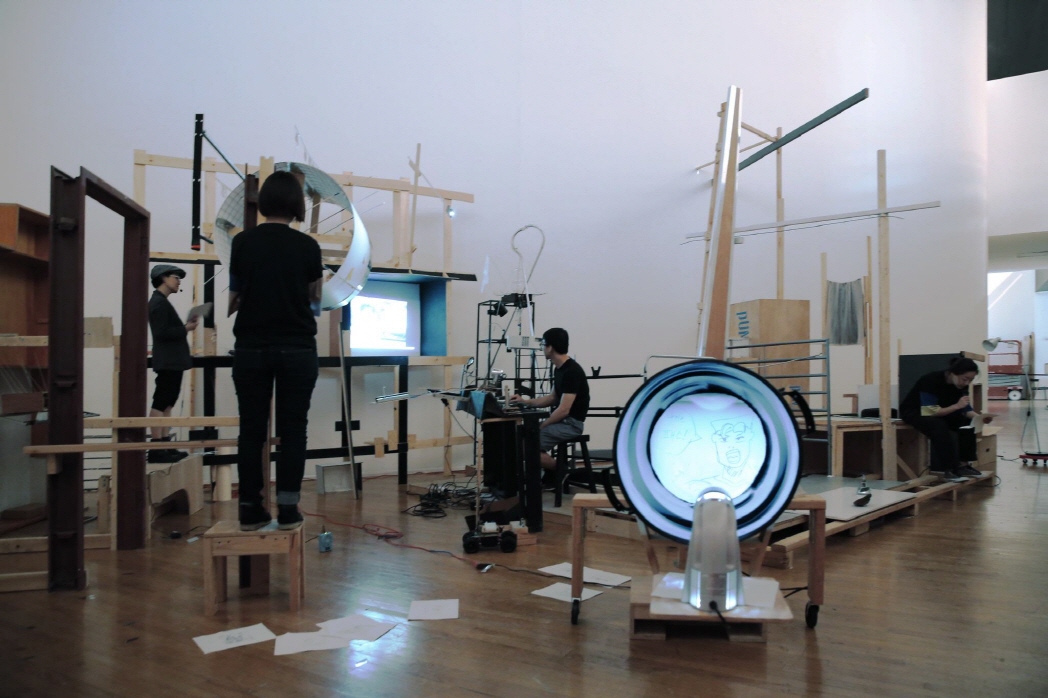 Visual artist Rhii said she always wondered if an object, by itself, could work as an effective device to tell a story. The project is part of her long-term experiment to push the boundaries of conventional storytelling methods, she added.

“For example, you get a full story after you sit in the cinema for just two hours. But that doesn’t happen when you come visit an exhibition. You’ve got to actively participate. How democratic that is,” the artist told reporters during a press briefing on Wednesday. Jung didn’t attend the briefing.

The participatory project between the two artists was first unveiled in “Unknown Packages” at the Queens Museum in New York in 2015, and then during the Gwangju Biennale last year.

For the past 19 years, Rhii has lived a floating nomadic lifestyle around Europe and the U.S. The fluidity has become an essential part of her art world that involves, among other things, sculptural installations, drawings and performances.

She took interest in Jung’s work in 2015 and suggested they form a team on this project to seek other possibilities for storytelling. Both of them have been interested in object-building and breathing new meaning into them.’ 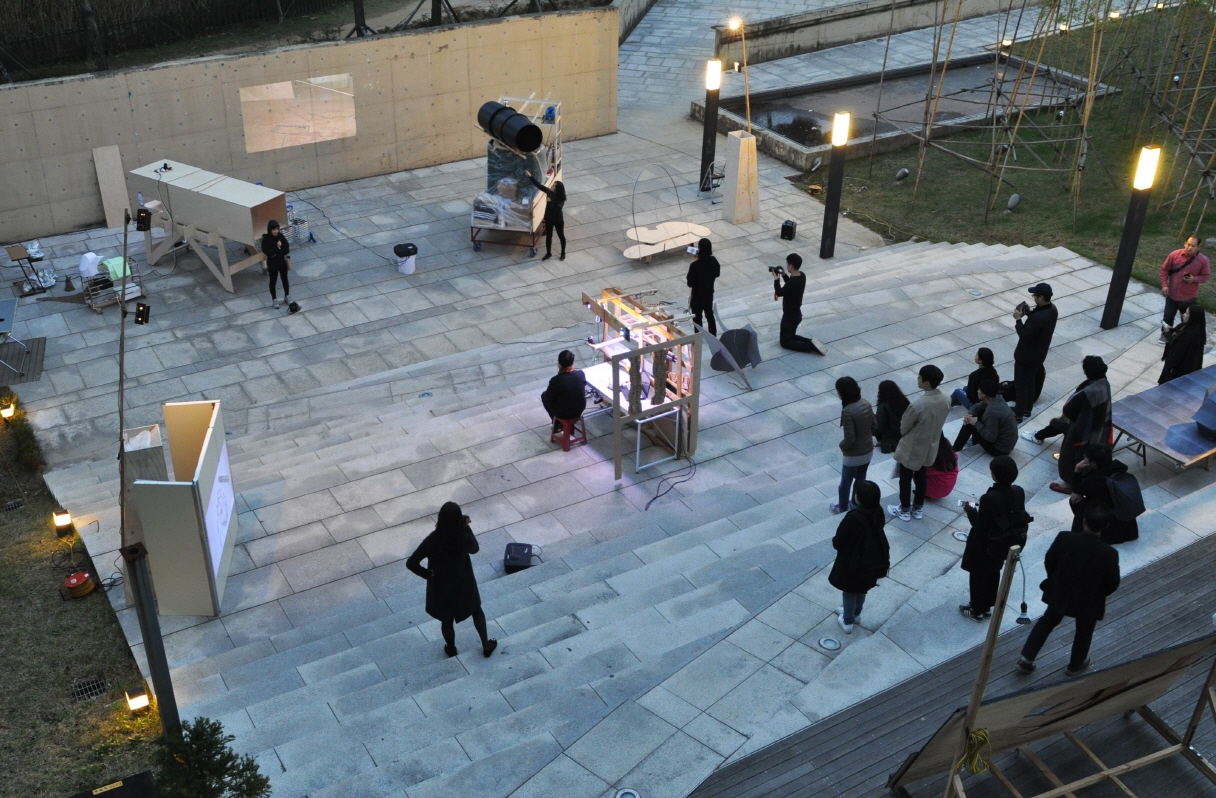 Since it was their first time to work as a team, both wanted to make sure of a smooth working relationship.

“Before dawn breaks, it is the time when logical thinking and all the social norms are pushed under the carpet for a while. And all the other things but those should come out,” she said, adding that the project title, “Dawn Breaks,” metaphorically refers to the maximum freedom of expression they agreed with each other to guarantee.

If a movie were screened in a different way, a storytelling experience could be quite different from the way it is, she said.

“As soon as various objects enter this exhibition hall, they have already had innate narratives and performative characteristics. We want to take them out progressively,” she said. “Interactions can let them loose and let there be more storytelling.”

The exhibition opens on Friday and runs through May 14.’