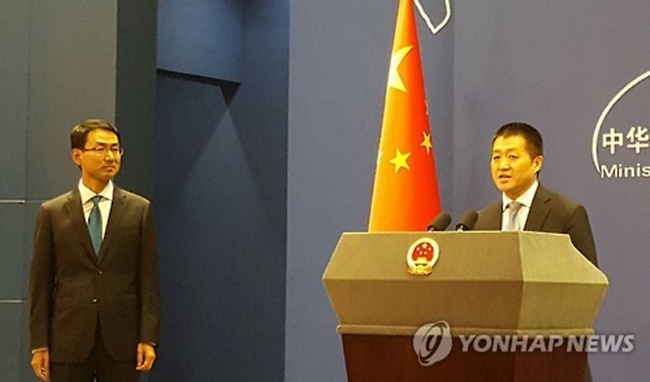 Lu Kang, spokesman of China’s foreign ministry, made the remark in response to a question about whether Beijing views this week’s trip by Rodman and the release of an American student detained in the North as being in line with its call for a peaceful solution to North Korea’s nuclear problem.

“On whether these two incidents are related, one should directly ask the country concerned,” he said during a regular press briefing. “But in principle, I regard it as a positive trend.”

Lu said he has “consistently” welcomed and supported greater dialogue and contact between North Korea and the U.S. — as countries directly involved in the Korean Peninsula’s nuclear issue — to increase mutual understanding and trust.

“I hope there will be a political decision soon to restore dialogue through practical steps and resolve relevant issues through dialogue and negotiations so we can make constructive efforts together,” he said.

Rodman, who has developed a personal friendship with North Korean leader Kim Jong-un, arrived in Pyongyang the same day Otto Warmbier’s release was secured after more than a year in detention for alleged anti-state activities.

The U.S. State Department, however, said the two events were unrelated.