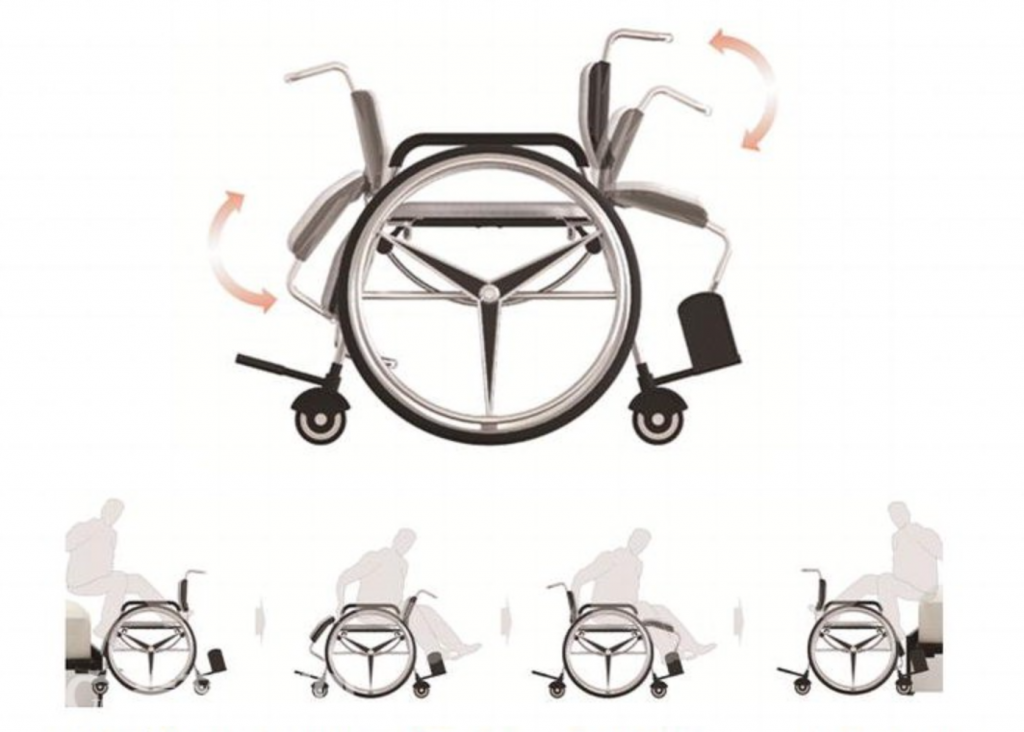 The team expects the invention to provide better comfort and accessibility if commercialized for use at homes or in hospitals. (image: KIPO)

DAEJEON, Nov. 10 (Korea Bizwire) – The grand prize (Presidential Award) at the 2016 University Competition for Original Inventions went to a team from Cheongju University for their “bi-directional wheelchair”.

The idea is to remove the inconvenience of conventional wheelchairs that only allowed patients to sit in a single direction, which made it uncomfortable or very strenuous for the physically-challenged to move themselves from a bed to a chair.

As a solution, the three students – Cho Sung-wook, Kim Moon-kyoung and Kim Kwan-hoo – came up with a wheelchair with a movable backrest and leg frame that can be switched back and forth to be used in either direction.

The team expects the invention to provide better comfort and accessibility if commercialized for use at homes or in hospitals.

The competition is hosted annually by the Korean Intellectual Property Office and the Korean Federation of Science and Technology Societies. A total of 4,636 ideas from 134 colleges were submitted this year, and 44 ideas were awarded.

Second prize went to a Chungnam National University team for its “digital meter for radius of curvature.”

“The students that participate in the competition are important human resources (for Korea),” said a KIPO official. “We’ll continue to develop and provide support for such programs so we can nurture young men and women that will play an important role in Korea’s ‘Creative Economy’.