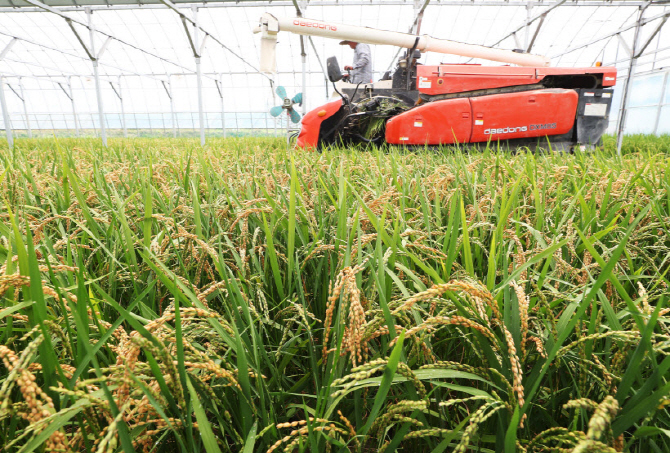 A combine harvesting rice from a field in South Korea. (Yonhap)

SEOUL, Sept. 13 (Korea Bizwire) — The bulk of farmland in South Korea is owned by people over 60, data from the Korea Rural Economic Institute (KREI) showed Friday, raising concerns about the long-term sustainability of the country’s agricultural sector.

The latest findings, based on information collected from Statistics Korea, showed that seniors control around 81 percent of all arable land in the country, with 45 percent of farmland belonging to people over 70 years of age.

“This is a clear indication of the aging of rural agricultural communities that does not bode well for how the country will be able to move forward in this critical sector,” the KREI said.

Seoul has been offering subsidies and various other incentives to maintain a viable farming sector for years, but interest in raising crops and livestock has been weak among younger generations, who prefer urban life.

The data showed that ownership of farmland by people in their 50s stood at just under 15 percent, while it was 3.7 percent for those in their 40s and 0.2 percent for people under 40.