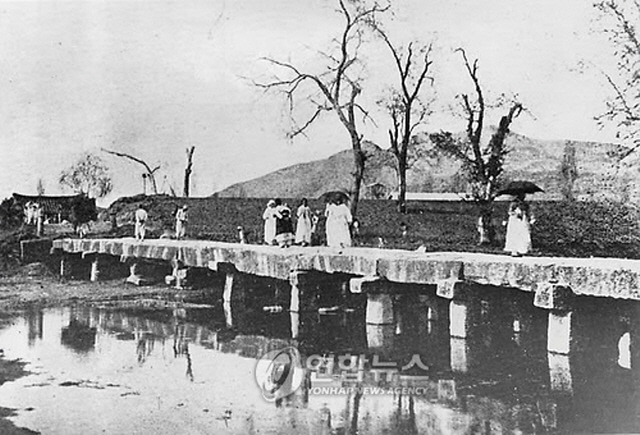 CHEONGJU, Jun. 1 (Korea Bizwire) — An ancient bridge, which has been covered for about a century, will be reborn in an art installation under a project to revive a traditional market, a Korea Tourism Organization task force in charge of the project, dubbed “Namseok Bridge Remind,” said Wednesday.

According to most convincing academic arguments, the Namseok Bridge was built in the area where Yuggeori Traditional Market is located in Cheongju, 137km south of Seoul, sometime in the Goryeo Dynasty (918-1392). The 80-meter-long and 2-meter-wide bridge is the longest stone bridge ever built.

The bridge was also a famous place for “dapgyo nori,” a Korean tradition in which people would walk on bridges under the moonlight for fun and take part in group dances on “Daeboreum,” the first full moon of the Lunar New Year, which falls on the 15th day of the lunar calendar.

In the 1920s, however, Japan, which colonized the Korean Peninsula at that time, buried the bridge in the course of making roads by filling up nearby streams with earth. 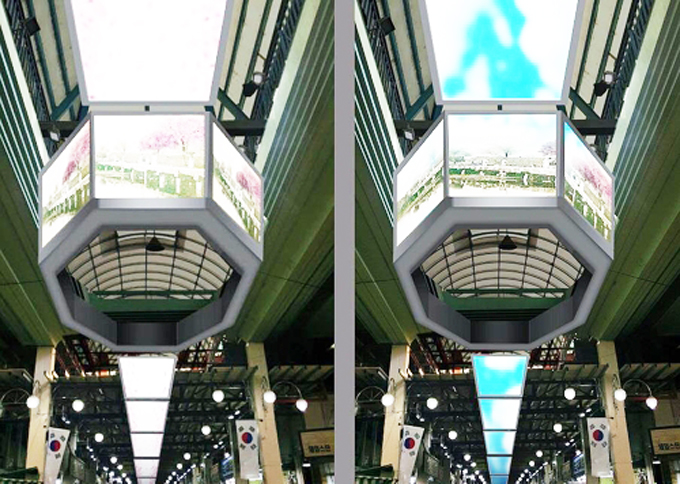 Despite such a historic background, the bridge has yet to be designated as a cultural asset.

“We’ll spend 200 million won (approximately 200,000) to complete ‘Light Canvas’ by August in order to revive the meaning of the bridge,” Kim Eung-sang, head of the task force, said.’

The Canvas will be installed on the roof of the traditional market along the location where the bridge is buried.

Light Canvas will consist of 18 canvases, each of which 1.5×2 meters, and feature sky images, making people feel like they are walking on a bridge under the sky, he said.

Of the canvases, eight, in particular, will show images of the four seasons of the bridge in their respective octagonal display at the center of the market, he said.

“The project is aimed at making people want to stay longer at the market and providing a better environment to merchants there,” he said.