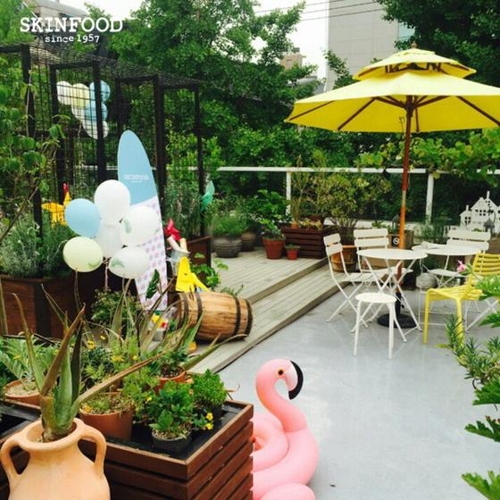 On the rooftop of SkinFood’s Garosu-gil outlet is a garden featuring plants that are used as ingredients in SkinFood cosmetics. (image: SkinFood)

SEOUL, May 8 (Korea Bizwire) – Local businesses are introducing so-called “concept stores” to improve the image of their brands. Such stores include pop-up stores or traditional offline shops with in-house cafés and gardens, or retail spaces decorated with different themes to appeal to more customers.

SkinFood, a cosmetics company, operates two outlets with cafés in Seoul. The company’s two-story store located in the famous Garosu-gil, Gangnam, sells SkinFood products on the first floor, and drinks and desserts on the second floor. On the rooftop is a garden featuring plants that are used as ingredients in SkinFood cosmetics.

“Our concept store is a place for customers to see and experience our core brand values first hand,” said a company official. “We’ve had some positive feedback.”

Innisfree, another cosmetics brand, runs multiple flagship stores in Korea and Chengdu, China, where visitors can experience what the company calls “Green Life.” The exterior of the company’s Myeongdong store is decorated with a vertical garden, and like SkinFood, there is a café with healthy beverage and food options developed by Amore Pacific, the owner of Innisfree.

Other industries have introduced similar outlets. 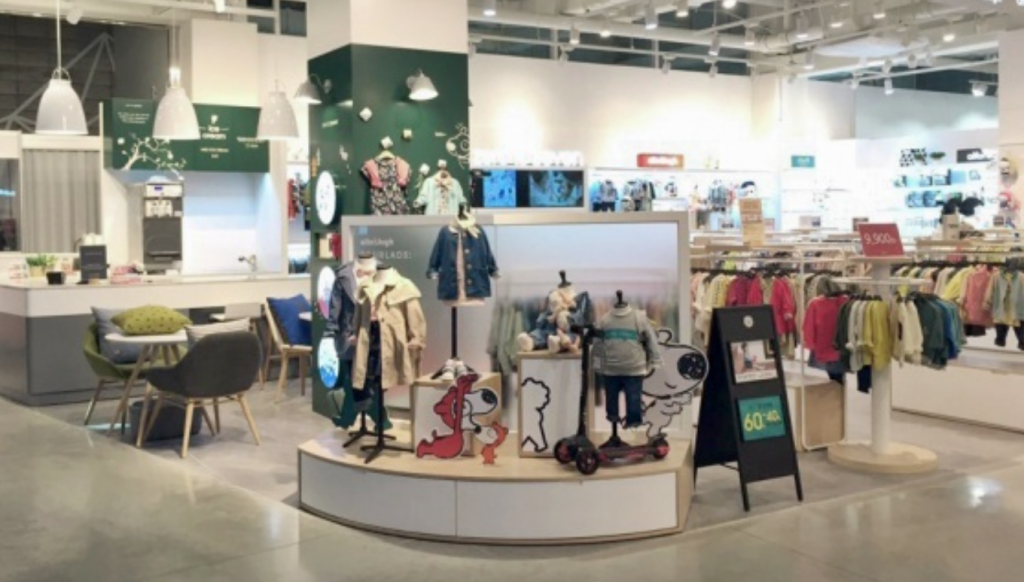 Last month, Shinsegae Department Store in Gangnam operated a pop-up store for G-cut, a woman’s brand from Shinsegae International, for ten days in partnership with local organic brunch café Able. The shop was decorated with flowers and works by pop artist JIHI, with the young artist herself offering her creative expertise to visiting customers.

At COEX, men’s clothing brand T.I For Men opened a new outlet with the interior design inspired by the vault from the film Mad Max: Fury Road. The shop offers male-exclusive products from 22 Korean and overseas brands, including camping chairs from Helinox, Klean Kanteen tumblers, and clocks by Braun. 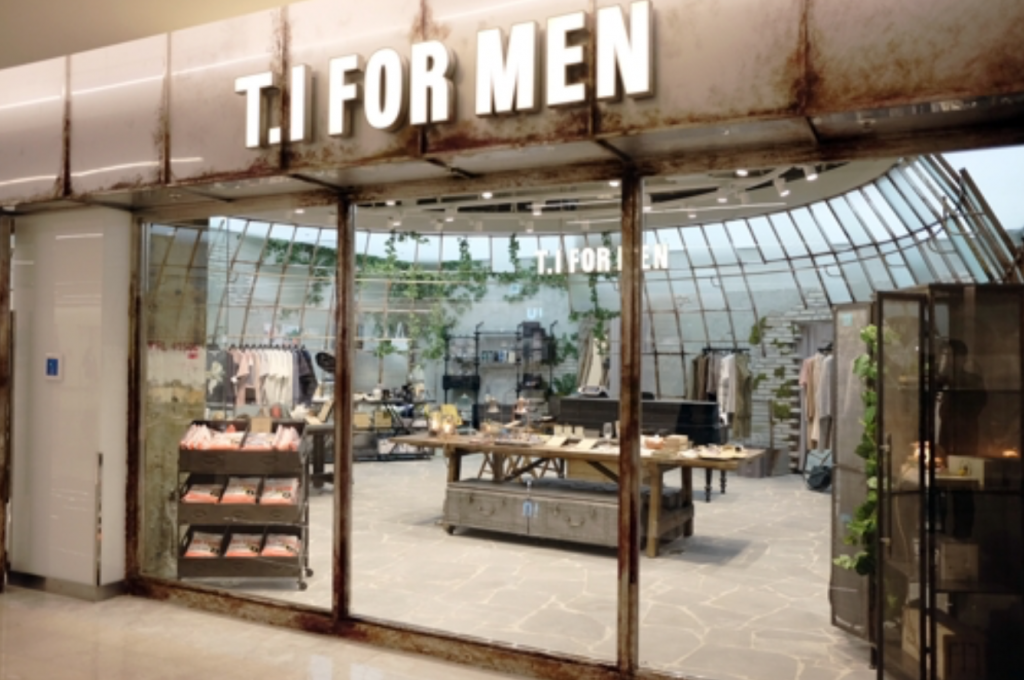 Hyundai Department Store operates leather workshops called “Toggle” at its outlets, where customers can learn how to make wallets, bags, and card holders upon purchasing leathercraft tool kits. According to the company, the concept stores not only help improve brand image, but encourage customers to linger, potentially tempting them to make more purchases.

“Concept stores have higher operating costs, which means they’re not particularly profitable compared to traditional outlets,” said an industry official. “But it’s worth a shot for businesses because they tend to attract more consumers seeking a more entertaining shopping experience.”

Another official from a local department store also said, “Brands at department stores have higher chances of attracting shoppers if they can differentiate themselves from one another with their own unique themes.”