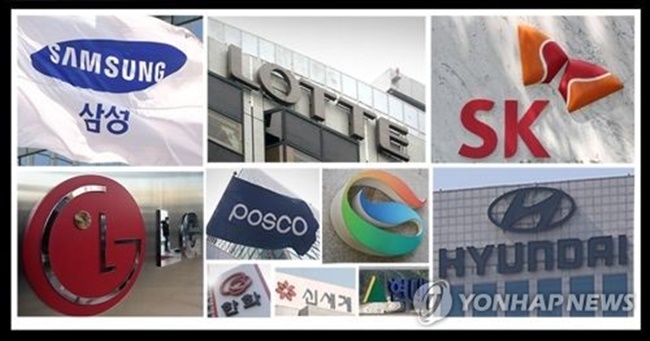 Under President Donald Trump, Washington is set to avoid slapping taxes on earnings generated abroad by its citizens or companies in foreign countries. (Image: Yonhap)

SEOUL, June 28 (Korea Bizwire) – A private think tank urged the government Wednesday to exempt taxes on income earned by South Korean multinationals abroad so they can easily repatriate funds that can fuel investment in the country.

“The core of the new U.S. administration’s tax reform revealed in April is centered on the country moving away from an extraterritorial or residence tax regime to that of a source base system so that dues are only levied on income incurred domestically,” Lim Dong-won, a researcher at the Korea Economic Research Institute (KERI), said in a report.

Under President Donald Trump, Washington is set to avoid slapping taxes on earnings generated abroad by its citizens or companies in foreign countries.

The researcher said in the case of South Korea, which like the U.S. has adopted a residence tax principle, its multinationals are naturally unwilling to bring in their income generated abroad in the form of dividends or direct foreign investment (FDI), because they have to pay additional dues. This, he said, encourages companies to keep their earnings abroad or keep the income as reserves abroad.

South Korea is one of only six countries which have adopted the residence principle out of the 34 member states of the Organization for Economic Cooperation and Development (OECD), the report said. The five others are Ireland, Mexico, Chile, Israel and the United States.

“We need to shift to the source principle like the move underway in the United States,” the think tank said. It noted that New Zealand witnessed a whopping 56.4 percent increase in the ratio of foreign direct investment to the gross domestic product (GDP) between 2010 and 2014 after changing to a source taxation regime in 2009.