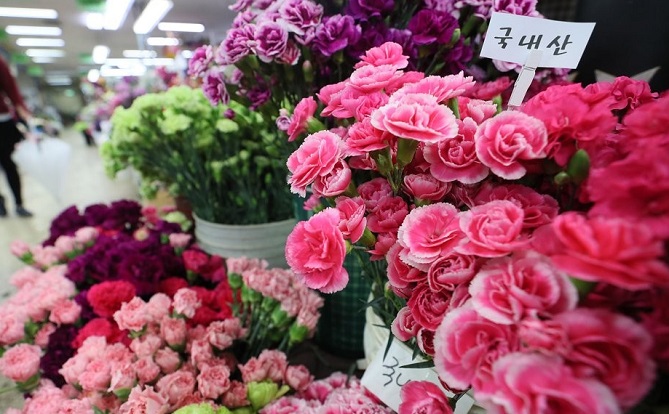 Carnations are on sale at a flower market in southern Seoul. By tradition, children give carnations to their parents to show their appreciation, raising the price of the flower around this time of year. (Yonhap)

SEOUL, May 4 (Korea Bizwire) — ‘Cash’ was the most wanted gift both to receive and give on Parents’ Day (May 8), a survey showed Monday.

TMON Inc., a major e-commerce operator, conducted a survey of 700 customers, 60 percent of whom picked hard cash as the most desirable gift on Parents’ Day, while another 64 percent also wanted to give cash as a gift. 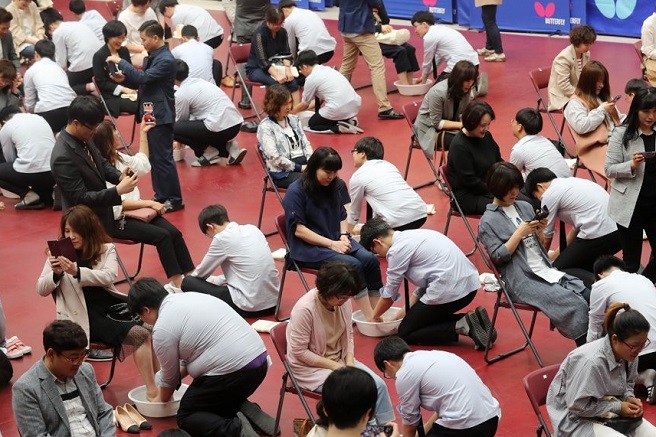 Students at Dongsan High School in Daejeon, 164 km south of Seoul, wash the feet of their parents during an event to mark Parents’ Day on May 8, 2019. (Yonhap)

At 70 percent, more than two thirds of the respondents said they wanted to buy their gifts at an online shopping mall, while 78 percent said they would deliver the gifts themselves, without resorting to delivery or other services.