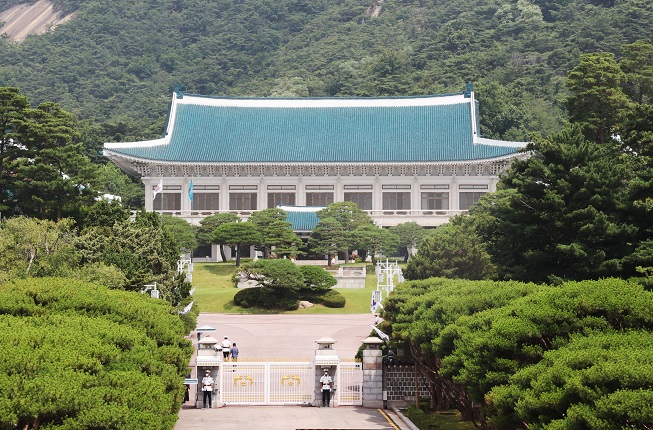 SEOUL, April 25 (Korea Bizwire) — The presidential compound of Cheong Wa Dae will open to the public at noon on May 10, immediately after President-elect Yoon Suk-yeol’s inauguration ceremony, in line with Yoon’s promise to return the compound to the people, officials said Monday.

Visits can be booked in advance online starting Wednesday at 10 a.m. and will be limited to 39,000 people per day, or up to 6,500 people per two-hour time slot, according to the officials on the Cheong Wa Dae relocation task force.

“We decided to fully open the doors to Cheong Wa Dae as the inauguration ceremony on May 10 ends,” Rep. Yoon Han-hong, chief of the task force on presidential office relocation, said during a press briefing.

“Thus, the main building and the guest house, as well as the top-class garden Nokjiwon and Sangchunjae will be reborn into an open space that can be enjoyed by all the people,” he said.

Yoon promised during the campaign to relocate the presidential office out of Cheong Wa Dae and return the compound to the public, saying the move would help him connect better with the people as Cheong Wa Dae had become “a symbol of imperial power.”

The new presidential office will be set up on what is now the defense ministry compound in Seoul’s Yongsan district.

“The symbol of power that was closed for over 600 years, including 500 years under the Joseon Dynasty and 74 years following the foundation of the Republic of Korea — that space will return to the bosom of the people,” Rep. Yoon said.

The current Cheong Wa Dae tour program is limited to 1,500 people per day, but the new program will allow 26 times more people to visit and freely without a guide.

Some areas of the compound, including parts of the presidential residence and the main building, will be off-limits until after all sensitive equipment and documents are carried out.

The Mount Bukak trails behind Cheong Wa Dae will also fully open to the public on May 10 and will not require reservations or limit the number of visitors.