Responses to Apple and Samsung Electronics’ latest flagship releases in the Chinese market have been lukewarm to downright disappointing. (Image: Yonhap)

SEOUL, Sept. 26 (Korea Bizwire) – Responses to Apple and Samsung Electronics’ latest flagship releases in the Chinese market have been lukewarm to downright disappointing.

As the chief competitor to Apple in the struggle for global smartphone dominance, Samsung needs to do well not just at home but abroad.

By September 22, the Galaxy Note 8 had been released in over 60 countries  (South Korea, North America and select European countries had releases on September 15). Eventually, Samsung plans to release the smartphone in over 150 countries.

Fortunately for the South Korean company, early reports that have trickled out to the media indicate that the Galaxy Note 8 has received an overall positive reception in foreign countries.

“In the North American market, [the Galaxy Note 8] has recorded pre-sales figures two digits higher than what the Galaxy Note 7 achieved,” said a Samsung Electronics official who asked not to be named. “The sales situation in major European markets is good. Overall, the beginning stages of the Galaxy Note 8′s release have been on the positive side,” she added.

The conspicuous omission among the mentioned countries is China, a market Samsung, with its 3 percent market share (as of the second quarter of this year) cannot afford to disregard. Slated for official release on September 29, pre-sales of the Galaxy Note 8 began on September 13.

On September 16, Chinese news platform Jinri Toutiao reported that the South Korean smartphone had recorded a paltry 5,700 in pre-sales in two days. In comparison, the iPhone 8, which also began pre-sales on the same date, had sold 1.4 million through the same time period, according to Chinese e-commerce firm JD.com.

Though some have pointed to the slightly more cumbersome process for pre-sale purchase compared to Apple (Samsung requires a 100 yuan deposit, Apple requires none), the more widely accepted view among market analysts is that the reason for the dismal reaction is based on geopolitics.

The agreement between the United States and South Korea to install THAAD missile systems as a countermeasure against possible North Korean provocations has deeply strained ties between the East Asian neighbors. With retailer Lotte Mart recently announcing its decision to pull out of China and vast drops in a formerly booming tourism industry propped up by Chinese visitors, September 29 is a date that looms large not just for Samsung, but for South Korea as a country.

Samsung will in particular want to avoid the kind of official release day that Apple had with its iPhone 8 on September 22. Hong Kong paper Ming Pao reported that the local reaction was lacking in enthusiasm compared to prior releases of earlier iPhone versions.

At the Hangzhou Apple Store, 30 to 40 security guards laid out steel fences in front of the entrance starting at 6 a.m. in anticipation of long lines. Two hours later, after only two people stood in line, the guards collected the fences and went home.

Like Samsung, Apple has not gained the desired response in a market it desperately needs. Unlike Samsung, it cannot use geopolitical tensions as a convenient scapegoat for its problems.

Speculation on the poor showing has been attributed to the slated release of the iPhone X later on this year and the lack of technological upgrades that justify the high price tag. 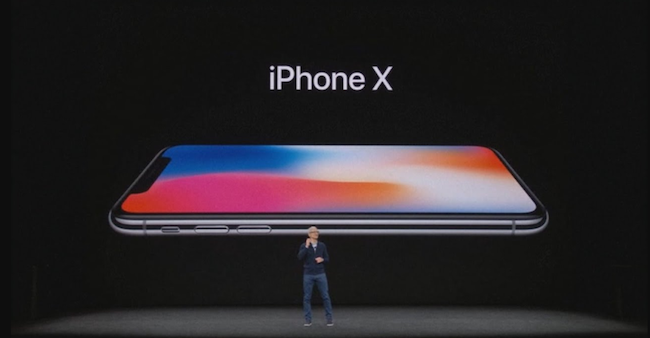 Consumers (not only in China, but worldwide) have been questioning why they would fork over high prices for the iPhone 8 when they can simply wait to purchase a more advanced version in a few months time.

Meanwhile, the iPhone 8′s headlining feature, the facial recognition system, has not caught on among Chinese consumers, making the phone a hard sell.

Finally, the emergence of Chinese competitors has relegated both Apple and Samsung to the lower rungs of the Chinese smartphone market.

An online survey conducted on social media site Weibo asked users a variety of questions about the iPhone. 28 percent selected “Who cares about Apple, Xiaomi, Huawei?” while 18 percent selected “The price is excessive” among the available responses.

Once regarded as indisputable leaders in the smartphone game, Apple and Samsung’s positions of leadership will depend in part on making inroads into China. Unfortunately for them, China has proved to be a tricky customer thus far.