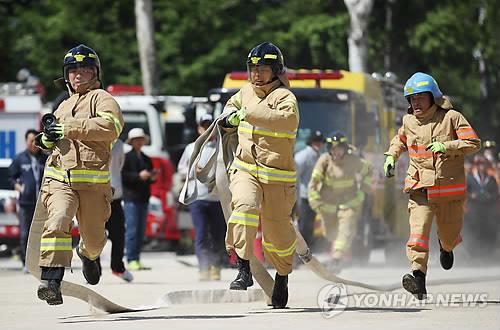 CHUNGJU, Sept. 2 (Korea Bizwire) – The World Firefighters Games (WFG) was first held in Auckland, New Zealand, in April 1990 as a celebration honoring firefighters around the world who put their lives on the line to protect the lives and properties of citizens.

Held every other year from then at different venues around the world, the WFG to be held in Chunju, 150 kilometers southeast of Seoul, from Sept. 10-18 will be the biggest so far.

As of Wednesday, 6,600 firefighters, volunteer personnel and their families from 63 countries have registered to attend the Chungju WFG. It is the highest in terms of represented countries and the third largest in the number of people.

The biggest participating region is Asia, with 22 countries in total. Europe is next with 20. There are also seven from South and Central America, four each from the Middle East and Africa, and three each from North America and Oceania.

During the event, heads of state fire departments and related agencies from some 20 countries, including the Netherlands, Denmark, the Czech Republic, Portugal, Indonesia, Nepal, Croatia, Malaysia, India, China and El Salvador, will visit Chungju to engage in international exchanges.

At the same time, foreign ambassadors stationed in South Korea, including those from Romania, Ukraine, Nicaragua and Senegal, will attend the games for sports diplomacy. 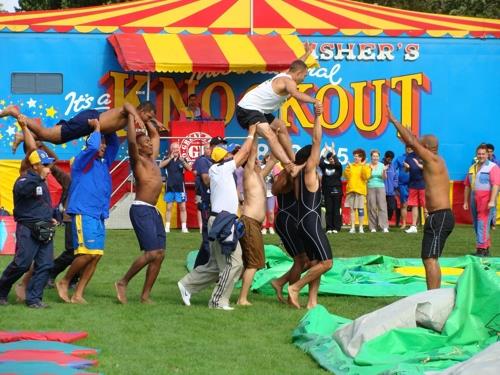 The Chungju WFG will consist of 75 competitions, the most in the history of the games. The competitions are divided into 37 “core” categories that are required at each games and those that can be selected pending conditions of the hosting country.

Rugby, shooting, swimming, wrestling, golf and football are some of the traditional competitions mandatory at the WFG, plus bucket brigade, horseshoes and the “toughest firefighter alive” that are tailored for firefighters.

While contest winners will be ranked, the competitions are focused more on unifying the firefighters and their families than on rivalries.

“The Chungju WFG will have more competitions than any other games and will be held on the largest scale so far with some 6,600 competitors from some 60 countries,” an organizing committee official said.