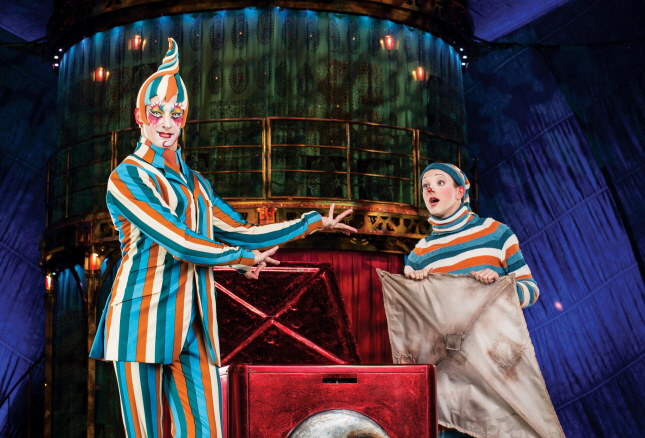 SEOUL, Aug. 29 (Korea Bizwire) — Cirque Du Soleil, the largest theatrical producer in the world and widely known for its artistic acts of acrobatics, will be performing between November 3 and December 30 at the Big Top, a huge circus tent to be installed at the Jamsil Sports Complex in Seoul.

The title of this year’s performance by the circus, which last performed in South Korea in 2015, is “Kooza,” which premiered in Montreal in 2007, written and directed by David Shiner.

Dean Harvey, the artistic director of the troupe’s “Kooza” production, stated in an interview that his motto for the production is that “nothing is impossible.”

And indeed, past productions performed all over the world by the Cirque Du Soleil seem to surpass the limits of what is humanly possible.

Having been established in 1984, Cirque Du Soleil has incorporated acrobatic feats with theatrical storylines all the while combining live music, beautiful outfits and sophisticated choreography into stunning performances.

The upcoming performance of “Kooza” will be featuring conventional acrobatics and slapstick comedy, both features of a traditional circus where the story is the main star rather than merely a flashy showcase of new acrobatic techniques.

According to Cirque Du Soleil’s official website, “Kooza tells the story of the Innocent, a melancholy loner in search of the world,” adding, “the Innocent’s journey brings him into contact with a panoply of comic characters such as the King, the Trickster and the Obnoxious Tourist and his Bad Dog.”

Having made its debut in Montreal, Canada in 2007, “Kooza” is Cirque Du Soleil’s 15th major production, having attracted more than 8 million audience members to 61 cities in 19 countries around the world.