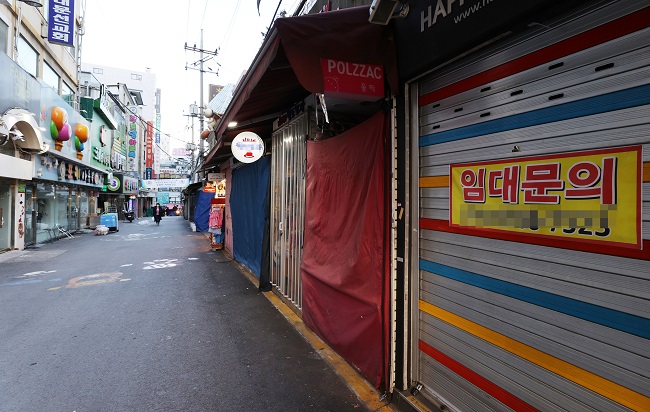 BUSAN, Jan. 11 (Korea Bizwire) — As the COVID-19 pandemic is threatening the livelihood of self-employed South Koreans, an increasing number of local citizens are lending helping hands by joining a movement to make payments in advance.

A 40-something housewife surnamed Kim living in Seo District, Busan recently made an advance payment to the Taekwondo studio where her two children are learning the traditional Korean martial art.

“I paid three month’s fees in advance based on judgment that it could help the operation of the Taekwondo studio,” she said.

Even in various Internet communities, the number of users who posted comments indicating that they made advance payments for hair salons, restaurants and fitness clubs is increasing.

Against this backdrop, self-employed people in Busan are calling for the government to introduce measures that can encourage local citizens to make advance payments.

The Seoul Metropolitan Government, for example, issued discount coupons to encourage local citizens to make advance payments at the self-employed businesses that are restricted in their operations or banned from group gatherings.