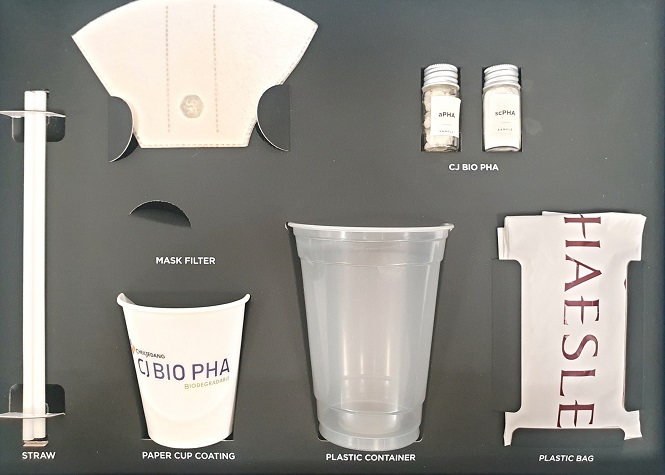 SEOUL, Nov. 4 (Korea Bizwire) — CJ Cheiljedang Corp., South Korea’s top food maker, announced on Tuesday that it is making inroads in the ‘white biotechnology’ market, which is regarded as one of the most promising future industries.

White biotechnology refers to the production of commodities such as industrial materials or biofuels using plants and other biological resources.

This market is garnering significant attention for offering eco-friendly alternatives to petrochemical products.

CJ Cheiljedang plans to focus on polyhydroxyl-alkanoate (PHA), which is used in 100 percent biodegradable plastics, as a flagship product.

The company intends to set up a PHA-dedicated production line with an annual production capacity of 5,000 tons at its bio plant in Pasuruan, Indonesia in 2021.

PHA is the only material in the world that is 100 percent biodegradable, even in seawater. Only a handful of companies in the world, including CJ Cheiljedang, possess PHA production technology.

“A string of global companies, including some in Europe, have already pre-ordered more than 5,000 tons of PHA, exceeding the plant’s annual production volume,” the company said.

“This proved that the demand for biodegradable PHA that overcomes the shortcomings of existing materials is very high in major markets, including Europe and Japan.”