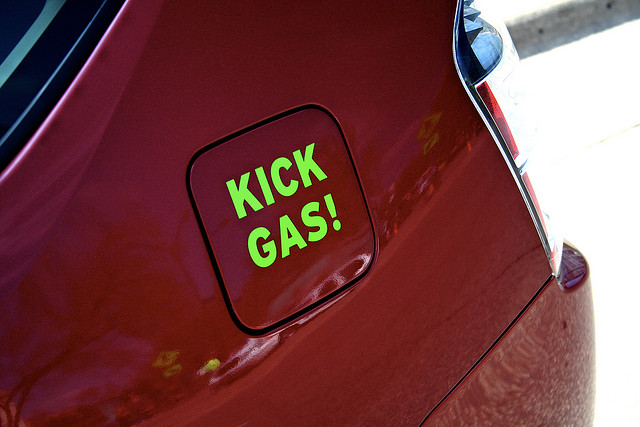 The high mileage of foreign cars which are appreciated 15 percentage points higher than domestic ones will lead the imported car market. (image: Tony Webster/flickr)

SEOUL, June 12 (Korea Bizwire) – Background of the hot sales of imported wheels lies their good fuel efficiency. According to a recent survey, imported cars attract domestic buyers with their higher fuel efficiency and they purchase foreign cars for that reason, while domestic cars appeal the buyers with their exterior looks and Korean consumers buy them due to lower prices.

According to Marketing Insight, an automobile-related research firm, the high mileage of foreign cars which are appreciated 15 percentage points higher than domestic ones will lead the imported car market. Also for domestic auto makers, they need to raise the mileage at the same time to clear their dishonor that they exaggerated their fuel efficiency.

The survey on the preferences of buying planners and real purchasers for imported and domestic cars in 2013 revealed that the most important factor for the imported car buying planners was fuel efficiency with 16.0 percent and exterior looks and brand name followed with 14.6 percent and 12.6 percent respectively. 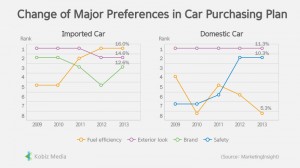 However, the buying planners for domestic cars showed different patterns. They preferred the exterior looks most since 2009 survey. The noticeable factor was that they picked the “safety” at the second which was seventh in the 2010 survey. The increasing cases of sudden unintended acceleration (SUA) and failures of airbag deployment seemed to be main reasons for their worries on safety.

Meanwhile, among those who plan to buy new cars within two years, 90 percent replied that they are concerned more on the mileage than in the past and 75 percent said they will select higher fuel-efficiency cars although they are poorly designed. This shows the consumer sentiment on mileage became stricter. 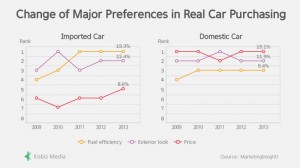 An official at the research firm said, “The importance of fuel efficiency is rising more and more and it has become one important factor for the imported car sales. Domestic auto makers also need to settle the problem of lower mileage.”

One thought on “Consumers Favor Fuel Efficiency for Imported Motors”