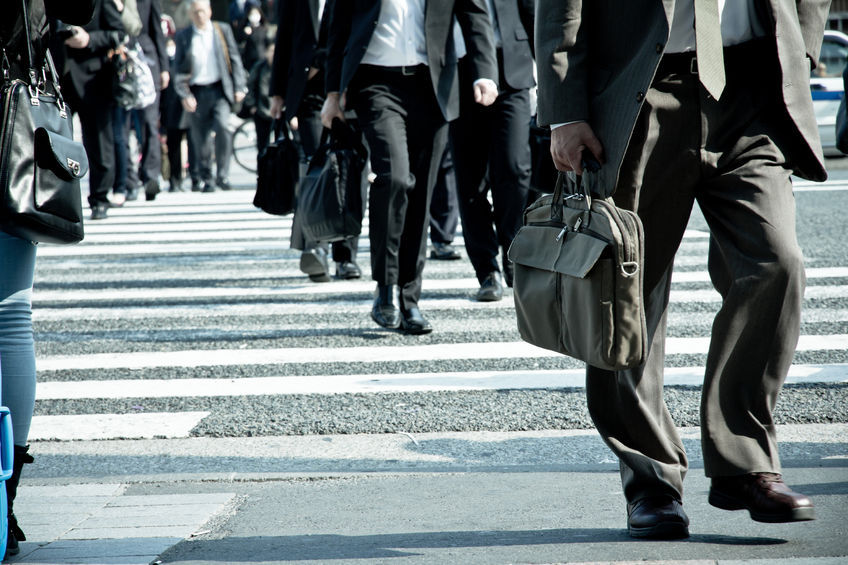 The government says that the peak wage system will create additional job openings for new and young workers by lowering the wages of those nearing retirement in exchange for extending their time on the job. (image: Korea Bizwire)

SEOUL, Aug. 28 (Korea Bizwire) — With an umbrella labor union’s decision to resume talks with the government and management, adopting a peak wage system to boost youth employment is likely to become a hot potato at the tripartite talks.

On Wednesday, the Federation of Korean Trade Unions (FKTU) said that it will resume the dialogue involving a tripartite committee made up of the government, businesses and labor organizations that has been stalled since April 8.

The most contentious issue between the three parties is the government’s push to adopt the peak wage system for elderly workers as part of an ongoing effort to create more jobs for young people.

The government says that the mechanism will create additional job openings for new and young workers by lowering the wages of those nearing retirement in exchange for extending their time on the job.

Boosting employment for young people is critical since the jobless rate for those between the ages of 15 and 29 stood at 9.4 percent in July, much higher than the 3.7 percent tallied for the entire country.

As part of the effort, the government on July 27 released a plan to create 200,000 new jobs for youth by 2017, while also working to permanently increase employment opportunities for young adults.

The government said it will provide up to 10.8 million won (US$9,110) in cash for each new full-time worker employed at companies that expand their overall workforce by introducing the peak wage system.

Out of a total 316 public companies and organizations, 24, such as Korea Electric Power Corp. and Korea Deposit Insurance Corp., have introduced the wage system as of Monday, with an additional 19 set to follow suit by the end of this month.

Besides the public sector, the government is encouraging private companies to adopt the system, so they too can hire more workers without worrying too much about a spike in personnel-related expenses.

Hyundai Motor Group said that its proposed wage peak system is designed to expand job opportunities for younger people and stabilize overall employment conditions, promising it will keep investing in talented young workers down the road

Other conglomerates, such as SK Group and Hanwha Group, also expressed their strong support for the government’s job creation scheme for youth.

Despite such calls, reform measures have run into stiff opposition from unions who have accused the government of trying to make it easier for companies to dismiss workers.

They also raise doubts over whether the system will actually lead to more jobs, arguing that there will be no more jobs if companies do not expand investment

“Job creation for the 50s and 20s is not a competition or a replacement, but rather it goes together in accordance with the market situation,” said Lee Joon-hyub, a researcher at Hyundai Research Institute.

The three parties all agree that solving the problem of polarization in the labor market is essential, citing a widening income gap between regular and non-regular positions.

They are also on the same page in that the inflexibility of regular positions leads to an increase in non-regular workers.

“The effect of the wage peak system is not big but it is the system that needs to be adopted,” said Yoo Hee-sook, a researcher at the Korea Development Institute.

Yoo further said that the next level is reforming the overall wage system to stay competitive in the global market.

Despite the resumed talks, rival political parties are also divided over the issue, with strong resistance from the main opposition party.

Kim Moo-sung, chief of the ruling Saenuri Party, has been stressing the importance of giving more jobs to youth and the unemployed, citing data that only 10.3 percent of all workers have joined labor unions.

“The members of the FKTU and the Korean Confederation of Trade Unions only make up eight percent (of the total workers),” Kim said, criticizing the labor union’s opposition to the system.

The main opposition New Politics Alliance for Democracy, meanwhile, argues that reforming chaebol is a higher priority than the government-led labor reforms.

The party argues that adopting the system is not a solution to the current problem and that reforming the rich that own conglomerates must come first.