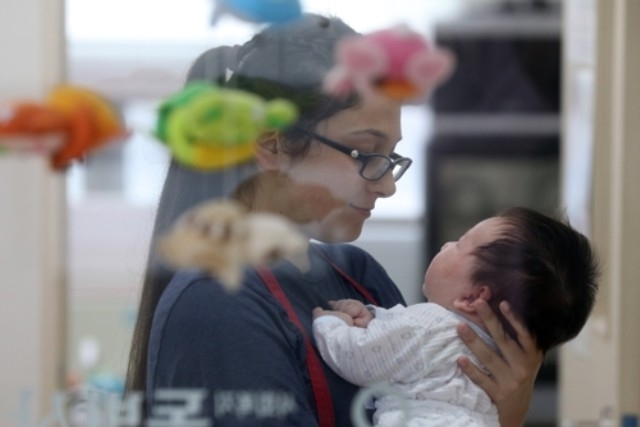 This file photo shows a baby being taken care of by a volunteer at a state facility while waiting for adoption. (Yonhap)

SEOUL, May 12 (Korea Bizwire) — As the coronavirus pandemic continues to rage on, the number of both domestic and international child adoptions last year in Korea reached an all-time low.

The Ministry of Health and Welfare reported that last year there were 260 domestic adoptions and 232 foreign adoptions, as approved by the court.

The number of adoptions dropped by 212 from the previous year (704 children), the lowest since 1958.

The decrease is likely to have been caused by the spread of the pandemic, which has undermined the overall operations of the court and adoption agencies.

Over the last 10 years, the number of adoptions has been on a steady downturn ever since reaching 2,464 in 2011.

The Ministry of Health and Welfare reported that as of 2020, 81,124 children had been adopted domestically, compared to 168,096 foreign adoptions.

Most of the adopted children were born to single mothers, while 67.2 percent were adopted by American families.