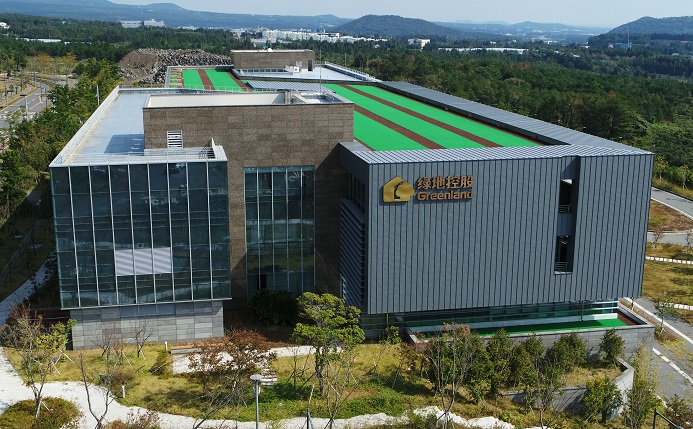 The Jeju District Court said it is against the law for the Jeju government to permit the opening of the nation’s first for-profit hospital, called Greenland International Medical Center, on the condition that it treats only foreign patients.

The litigation began after the operator of the medical center, Greenland Jeju Healthcare Town Co., filed a lawsuit against the Jeju government’s issuance of the conditional business license in December 2018. The operator is a subsidiary of China’s Greenland Group.

The for-profit hospital was built in the southern Jeju city of Seogwipo in 2017 with an investment of 80 billion won (US$66 million).

At that time, the Chinese-owned company strongly protested the ban on South Korean patients and failed to meet the deadline of March 4, 2019, for the launch of hospital operations, resulting in the license invalidation the following month.

The Jeju government nullified the business license of the Greenland International Medical Center in April 2019.

But the Supreme Court ruled in favor of the Chinese company on Jan. 13 this year, ordering the Jeju government to cancel its decision to nullify the business license of the Greenland International Medical Center.

The nation, except for Jeju, bans for-profit hospitals by law.

The plaintiff insisted in court hearings there is no legal basis for hospitals to refuse treatment to any patients without justifiable reasons under the current medical law.

Despite the latest court ruling, however, it may not be easy for the Chinese company to open a for-profit hospital on Jeju, because the Greenland International Medical Center’s building and land were already sold to a Seoul-based medical corporation early this year.

The Jeju government expressed embarrassment at the ruling, saying it had expected the court to dismiss the lawsuit, as Greenland Jeju Healthcare Town Co. had already handed over its stake in the hospital.