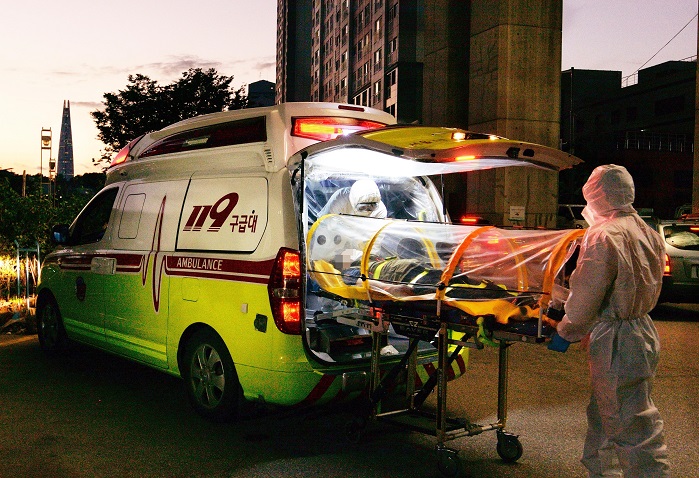 This photo provided by the Seoul Metropolitan Fire & Disaster Headquarters shows an emergency patient transport by a 119 ambulance.

According to the Seoul Metropolitan Fire & Disaster Headquarters, there were a total of 551,647 emergency ambulance dispatches in the capital last year and 312,686 people were transferred to hospitals.

Last year, the number of COVID-19-related hospital transfers by the 119 emergency service in Seoul reached 54,027, accounting for 17.3 percent of all 312,686 transferred patients, the agency said.