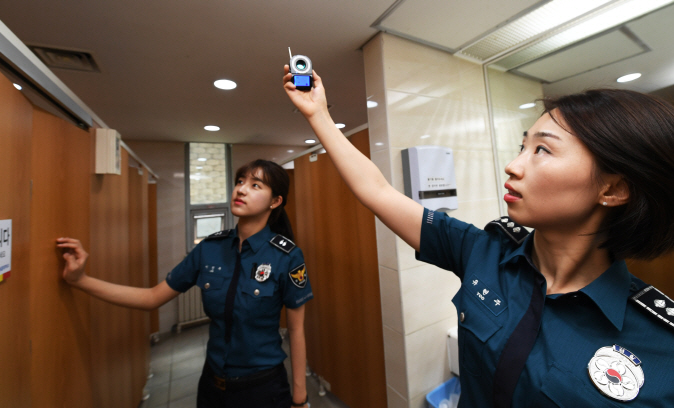 SEOUL, Aug. 6 (Korea Bizwire) — Regular inspections and crackdowns on hidden cameras at public transportation facilities such as subway stations, bus terminals, airports, and rest areas will become mandatory so that women can use such facilities at ease.

Subway operators that do not comply with such mandatory checks will fined up to 50 million won while rest area operators may see their contracts terminated.

The Ministry of Land, Infrastructure and Transport revealed yesterday that it would push for such measures to be reflected in a bill.

The ministry said that sex-related crimes that involved hidden cameras have grown in number from 2,400 cases in 2012 to 6,465 cases last year.

The incidents usually take place at public transportation facilities, where a large number of the floating population travel to and from daily to get on subways, trains and flights.

“In order to ensure that public facilities can be safe for use by women, the ministry will do everything in its power,” said an government official commenting on the initiative.

The first course of action to be taken by the ministry is to equip each subway station, airport, and bus terminal with hidden camera detection devices in order to make daily checks possible and to help identify the problematic cameras.