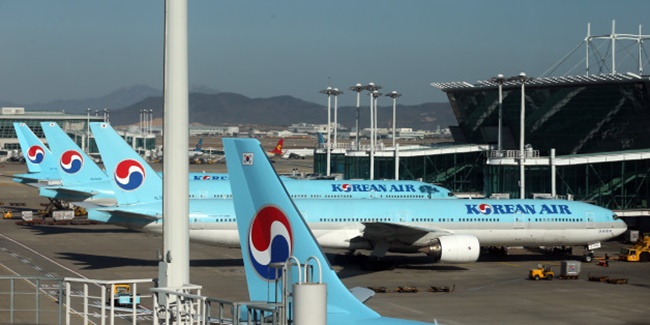 According to sources close to the government, the Korea Customs Service launched an open group chat room on messaging app KakaoTalk on Tuesday with the title ‘We are looking for information’. (Image: Yonhap)

According to sources close to the government, the Korea Customs Service launched an open group chat room on messaging app KakaoTalk on Tuesday with the title ‘We are looking for information’.

As the name suggests, customs authorities are seeking to gather information about the tax evasion and smuggling allegations surrounding the owner family members of Hanjin Group.

Anyone who has any information can access the room by visiting open.kakao.com/o/g9vFEqL.

Using hashtags such as #IncheonCustoms #Gapjil #Report #Airline, informants can easily search and look for information.

As the room is being run as an anonymous group chat room, participants can communicate and share information between one another, while those who wish to further protect their identity can use Telegram instead.

The Korea Customs Service is hopeful that informants will come forward with detailed evidence such as details of overseas credit card bills, which weren’t found during the process of search and seizure at the owner family’s home.

Proof that alleges products paid for by either cash or credit card abroad without having being declared to customs could accelerate the investigation process.

Sources close to the investigation have said that customs authorities are struggling to gather evidence despite their all-out efforts including raids on Korean Air offices and the house of the owner family.

Employees who have testified about the alleged smuggling by Hanjin Group are reportedly refusing to cooperate with the Korea Customs Service despite being contacted on multiple occasions in fear of consequences and being branded as snitches.

In addition to the group chat room dedicated to Hanjin Group’s smuggling and tax evasion scandal, another open chat room is currently available on Kakao for witnesses of power of abuse and corruption within Korean Air.