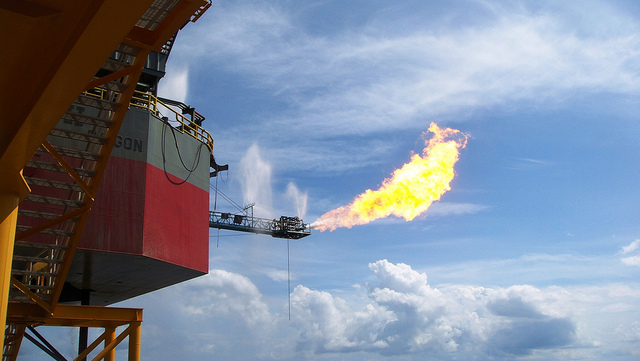 The Gorae D field was proven to hold gas according to a test exploration held in 1993. (image: Ken Doerr/flickr)

The company announced on December 2 that it began test drilling at the Gorae (Whale) gas field D in the 6-1S block, at the southern part of Donghae 6-1, along with the Korea National Oil Corporation (KNOC). Since KNOC began producing gas from the Donghae-1 gas field in 2004, no additional gas fields have been developed on the Korean continental shelf.

After the acquisition of exploration rights for the Donghae 6-1S block in 2011, Daewoo International conducted a series of three geophysical surveys. Through its drilling tests and research programs, the company is hoping to ignite the development of additional gas producing fields on the Korean continental shelves.

An official at Daewoo said, “The test well at Gorae D will be closed temporarily after the completion of the appraisal drilling. The well will be transformed into a production well later, and one or two additional production wells will be drilled in early 2017. The earliest we expect natural gas production to begin is in late 2017.”

The Gorae D field was proven to hold gas according to a test exploration held in 1993. KNOC’s Doosung, Korea’s only semi-submersible drilling unit, was mobilized to drill the first test wells. Doosung will drill vertically 3,293 meters from sea level, for at most 56 days, and analyze data from the two layers expected to contain gas. Daewoo is hoping to determine the exact volume of gas reserves, and collect data to help design a development plan for the gas field.

NEWS & TERMINOLOGY
The continental shelf is an underwater landmass which extends from a continent, resulting in an area of relatively shallow water known as a shelf sea. Much of the shelves were exposed during glacial periods and interglacial periods. The shelf surrounding an island is known as an insular shelf. (Wikipedia)

The natural gas in the Gorae D field will be produced using equipment from the Donghae-1 gas field, located around 20 kilometers northeast of Gorae D.

An official at KNOC said, “The project will add the capability of domestic oil and gas development together with the partnership between private and state companies.”

Meanwhile, Daewoo International has discovered several gas formation structures in the Donghae 6-1S block beside the Gorae D gas field. The company will conduct seismic surveys on the structures in 2015, and conduct two or three drilling tests to continue the gas development of domestic continental shelves.