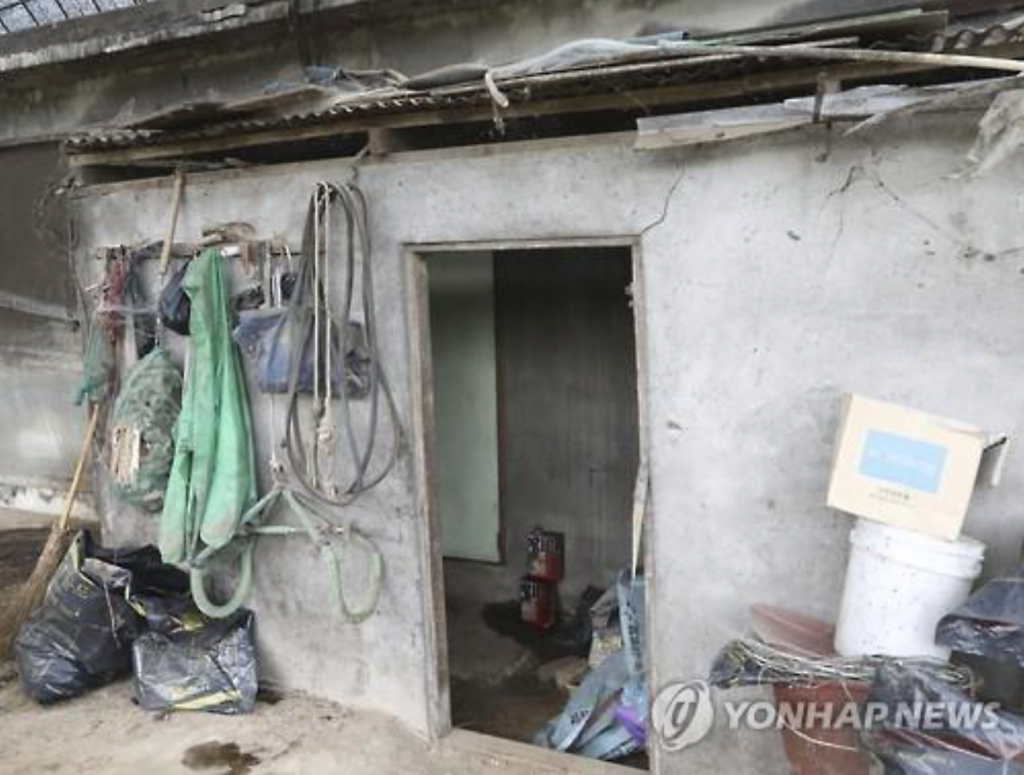 The appalling room located less than three meters from the barn was impregnated with the odor of cattle dung. (image: Yonhap)

CHEONGJU, July 23 (Korea Bizwire) – Mr. Ko is 47 years old. At first glance, he may seem like an introvert, shy, or perhaps reserved, but still an ordinary man like countless normal individuals who go unnoticed every day. However, Mr. Ko is no ordinary man, he is intellectually disabled, and he has spent the last 19 years on a cattle farm, forced to do manual labor for which he was never paid, by someone who he had never met.

Ko, who has a level 2 intellectual disability, found himself at the farm after being guided by a ‘cattle broker’ in the summer of 1997. The barn that would become his home, located in a small village on the outskirts of Cheongju, was owned by a 68-year-old referred to only as Kim (full name undisclosed). Ko was confined to a tiny, shabby, mold-filled room where he’d spend the next 19 years, tending to a 20,000 square-meter farm and dozens of cattle. He was enslaved.

Ironically enough, Ko’s home was less than 20 kilometers away – only 20 minutes by car. His mother and older sister, who unexpectedly lost contact with Ko, are also intellectually disabled. The family patriarch had passed when Ko was younger, and as far as the neighbors recall, also had below-average intellectual capacity. But he was a hard-working man, providing his family with a not necessarily abundant but sufficient life, which was also an amicable one.

Ko’s father’s unexpected passing left the family in disarray, and the only income it could rely on was the monthly basic living security of 600,000 won ($526), which it received from the government. Then Ko started working at a hog farm in Cheonan, and the money he earned provided a big relief to his family’s financial struggles, but only until 1997.

It took 19 years for Ko to muster up the courage to flee his captors. He ran away from the farm on July 1, and was discovered by the police shortly after. He was finally reunited with his family.

“I was struck by my master,” said Ko during police questioning last week, “I don’t want to go back to the farm.”

Due to Ko’s intellectual circumstances, on top of severe sociophobia and anxiety disorders caused by years of forced labor, the police initially struggled to grasp a clear picture of the events and the conditions that Ko was living under. But after counselling therapy sessions, Ko started to recover, and the investigation is picking up its pace.

Ko later testified that he was responsible for cleaning and laundry, and that he “hates cleaning up after cow dung”. According to the police, despite his inarticulate speech and expressions, he showed clear repulsion to Kim’s cattle farm. 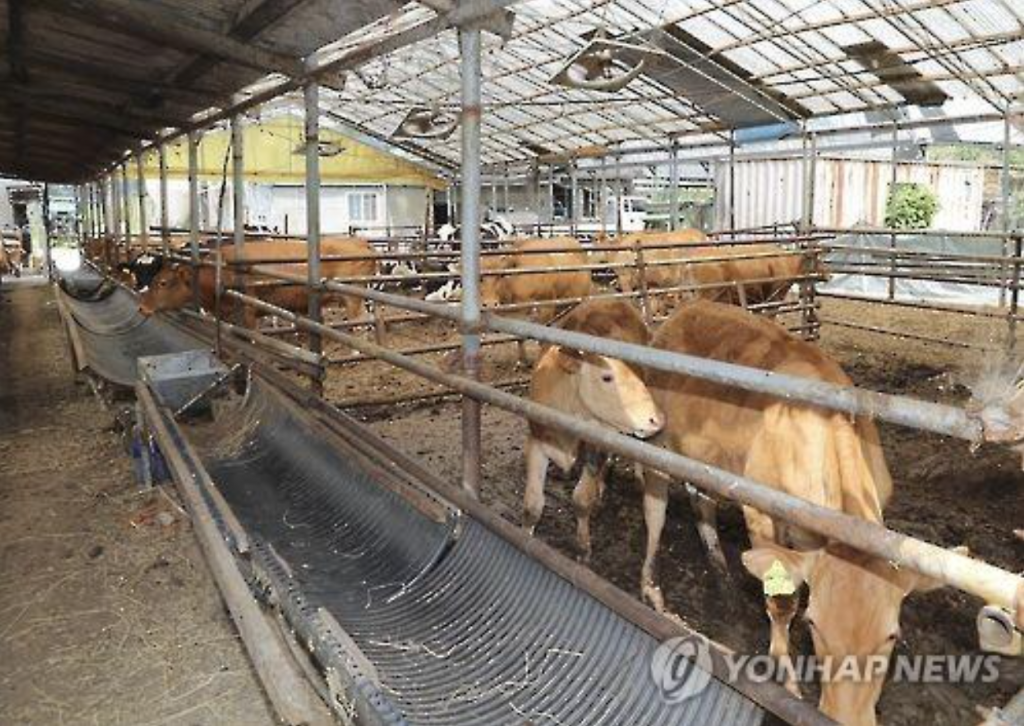 Ko, who has a level 2 intellectual disability, found himself at the farm after being guided by a ‘cattle broker’ in the summer of 1997. The barn that would become his home, located in a small village on the outskirts of Cheongju, was owned by a 68-year-old referred to only as Kim. (image: Yonhap)

Officials believe that Ko suffered from various types of physical and mental abuse at the hands of Kim and his 62-year-old wife, Oh.

High-intensity labor and physical abuse are believed to have been customary. Kim’s barn is currently occupied by some 40 milk cows and oxen, but the investigation has revealed that the number was as high as one hundred between 2013 and 2015. Ko was mostly responsible for feeding the cattle and removing waste. According to officials, Ko spent an average of 12 hours every day managing Kim’s farm – information that police obtained from the farm’s CCTV footage.

When asked during questioning whether he was beaten by the farm owner, Ko answered ‘yes’.

Ko’s fingernails were almost worn down, and he had multiple scars, big and small, across his body. He was poorly fed by his captors, often served just kimchi and rice once or twice a day, and he was deprived of his meals when his work was deemed to be unsatisfactory.

The appalling room located less than three meters from the barn was impregnated with the odor of cattle dung. A single 20-watt lightbulb was all that Ko had to accompany his long nights, along with a heating mat for colder days.

Kim, the farm owner, admitted during questioning that he hadn’t paid Ko, but denied that he had kidnapped or confined him to the barn. Shockingly enough, Kim had an air of confidence, and claimed that he had provided Ko, who apparently had no place to go, with food and shelter.

“We were like family, there was no confinement,” said Kim. “I understand that not compensating him for his labor is wrong, but it wasn’t so back in the days.”

However, as the investigation unfolds, questions are rising with regards to the legal implications for Kim and his wife, and the potential legal compensation that Ko is eligible to claim. Legal experts are hesitantly predicting that Ko’s captors will only receive a slap on the wrist, pointing to the precedent set in the 2014 salt farm slavery scandal.

In 2014, over 60 ‘slaves’ were discovered at salt farms on an island in Shinan County, off the coast of Mokpo, most of whom were physically and mentally disabled. And just like Ko, they were unpaid and were forced to do manual labor after being manipulated by job brokers, who had guaranteed them decent jobs.

However, following a police investigation and 20 related court trials, the majority of the salt farm owners were either found not guilty or sentenced to probation, and only six were sentenced to actual imprisonment. It’s likely that Ko and his immoral ‘masters’ will see a similar scenario play out.

One of the reasons for the likely lenient punishment is Mr. Ko’s inability to fully express his will. As an intellectually disabled man, Ko will have difficulty testifying in court, or recalling the details of the illicit events and activities that he was exposed to for the past 19 years.

In addition, the majority of the offenses have statutes of limitations that have expired. Although human trafficking with the intention of physical exploitation is punishable by up to 15 years in prison, the statute of limitations is 10 years. Therefore, even if investigators can prove that a monetary transaction took place when Ko was introduced to Kim by the broker, who according to officials was killed in a car accident 10 years ago, the act is no longer punishable under Korean law.

The statute of limitations for wage claims is also three years, which means the maximum amount of monetary compensation (in terms of wages) that Ko can legally claim is limited to the last three years. 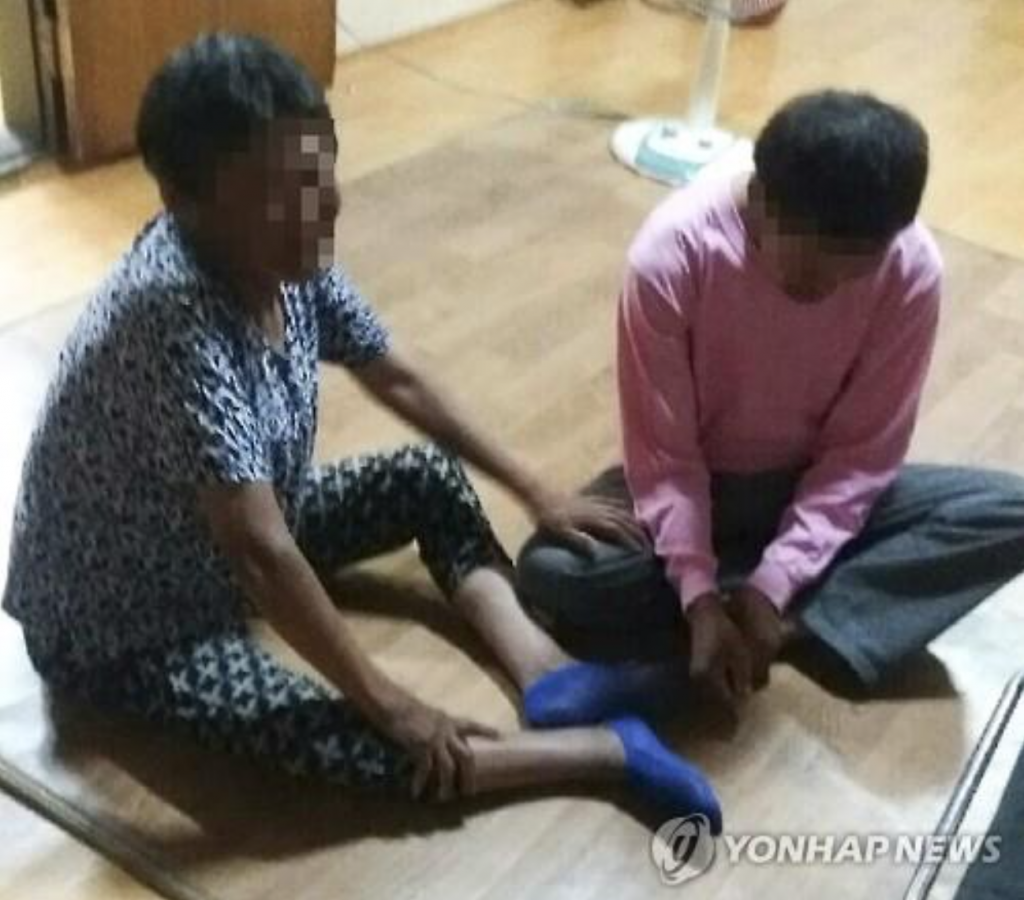 Kim and Oh finally showed up for official police questioning Friday afternoon. Accompanied by their lawyer, the couple remained silent despite questions from the press, who were eagerly waiting in front of Cheongju’s Cheongwon Police Station. The couple is being questioned regarding the process through which Ko arrived at the farm, the unpaid labor, and whether any forms of physical abuse took place.

Slavery is neither the most talked about, nor the most prevalent human rights issue in Korea, which is also the reason why Koreans are shocked and outraged to discover that human trafficking still occurs within the country’s borders. There are clear blind spots, and unmistakable abuse of the mentally and physically challenged, calling desperately for rapid government intervention.

Nonetheless, Ko is finally reunited with his mother and sister, and for now, the family is simply happy to be together again.