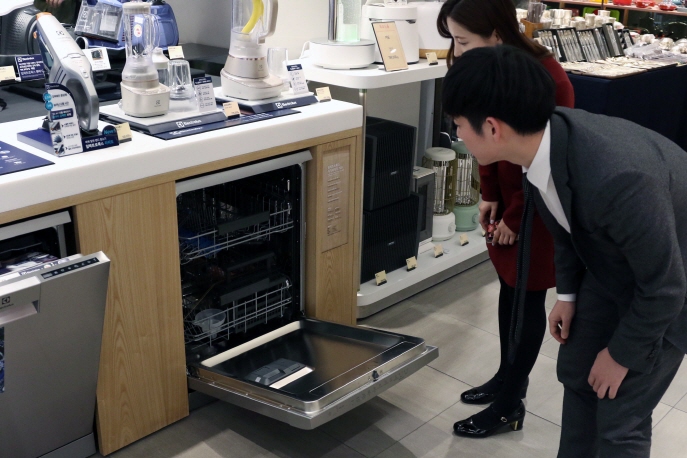 Considering that sales of household appliances grew 20.4 percent last year, the growth in sales of dishwashers is overwhelming.

Sales of dishwashers increased only 6.4 percent on-year in 2017, but grew explosively last year following a 32.7 percent increase in 2018.

In terms of consumer electronics sales, the dishwasher also remained in the top 30 two to three years ago, but rose to ninth place last year.

Shinsegae Department Store attributed the upward trend to the growing number of working couples and the millennial generation, which seeks convenience.

Dishwashers are drawing attention as a household appliance that reduces household labor.

In particular, many people said that dishwashers in the past were not suitable for cleaning Korean dishes that were concave like rice bowls and soup bowls.

Recently, however, domestic and foreign brands have improved their performance to match Korean dishes, which is also believed to have helped increase sales.

Amid the trend, home appliance stores at department stores, which did not display dishwashers just two to three years ago, have also been displaying their products in earnest and presenting them to customers since last year.