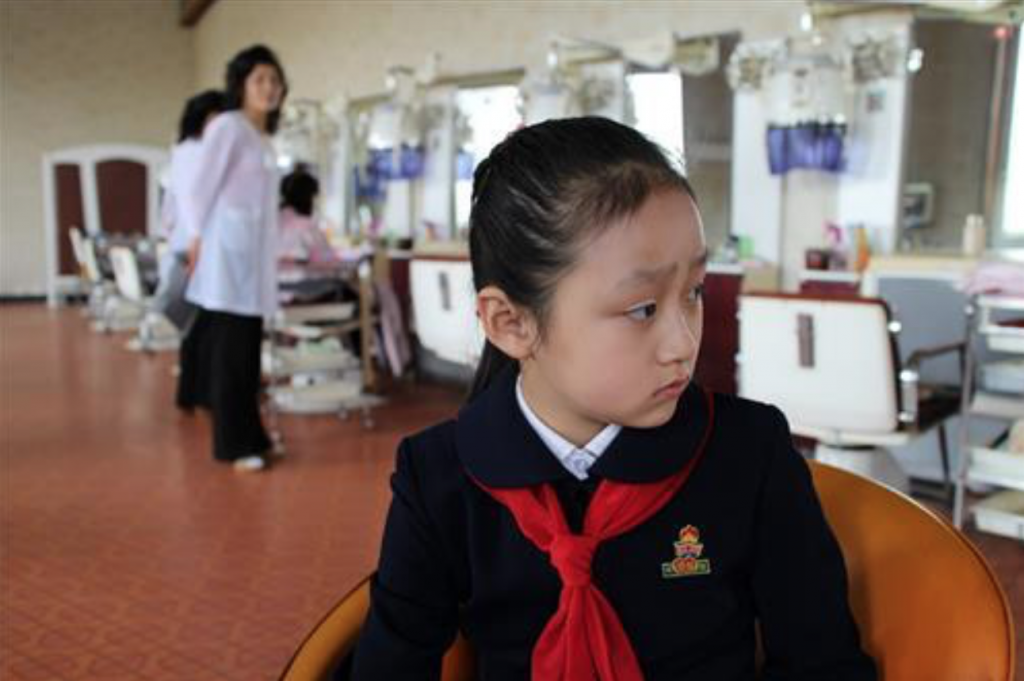 It also included narratives describing Zin-mi’s psychological journey throughout the film, based on interviews with North Korean defectors that Huh’s team personally carried out.

SEOUL, June 28 (Korea Bizwire) – ‘Under the Sun’ is a 2015 Russian documentary film written and directed by Vitaliy Manskiy, which follows the story of a North Korean girl who prepares to celebrate the Day of the Shining Star, the birthday of Kim Jong-il, the late father of current leader Kim Jong-un. The film’s ‘narrative edition’ is coming to Korean theaters on July 14.

The Russian film crew partnered with the North Korean regime for the film’s production. Despite surveillance of the filming process by North Korean authorities, the crew was able to capture the regime’s rigorous efforts to craftily manipulate the ordinary lives of citizens and portray them as jolly and prosperous.

The film was initially released in Korea on April 27, and received large media attention when a child who handed flowers to Kim Jong-un during The 7th Congress of the Workers’ Party of Korea on May 10 was revealed as the film’s protagonist (Lee Zin-mi). However, its box office results were disappointing, attracting only 32,000 spectators.

“We decided that the film made it difficult for audiences to fully understand the North Korean regime and its people’s lifestyle without proper narrative, even to South Korean people who share the same language,” said Huh.

In fact, the upcoming release focuses more on explaining the North Korean government, its reality, and how it strategically idolizes the two former leaders, Kim Il-sung and Kim Jong-il. It also included narratives describing Zin-mi’s psychological journey throughout the film, based on interviews with North Korean defectors that Huh’s team personally carried out.

“The narrative edition will provide the audience with the opportunity to deeply contemplate the issue of human rights in North Korea, and sympathize with a young child who was stripped of her freedom,” he added.

The original film is also set for release in the United States on July 6.