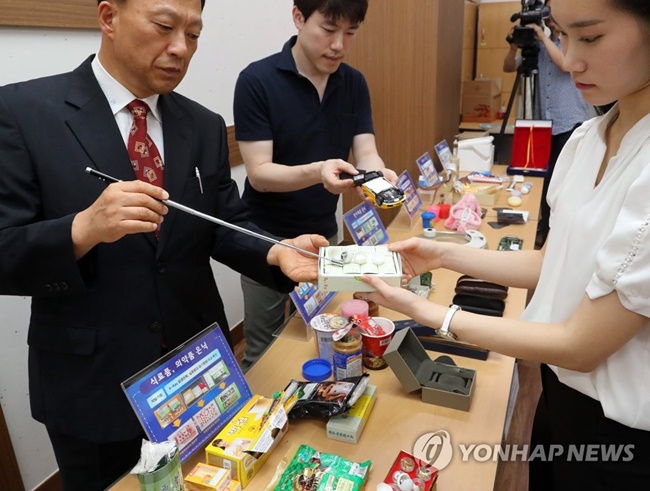 SEOUL, July 6 (Korea Bizwire) – Drug smuggling is increasing in South Korea, with the latest figures showing over 41 billion won in illegal drugs were confiscated by South Korean customs authorities in the first half of 2017, with both the quantity of drugs and number of seizures up compared to last year.

According to the Korea Customs Service (KCS), 197 cases of drug smuggling have been reported so far this year, with the contraband weighing a total of 27.5 kilograms.

The figure is up 48 percent in number and a whopping 160 percent in quantity while the estimated economic value of drugs captured by authorities also doubled, amounting to 41.3 billion won.

Over six in ten of the shipments were smuggled into South Korea via international mail, while 18 percent were carried by air travelers with 12 percent using express air cargo.

When broken down by type of drug, methamphetamine, which accounted for 52 percent of the drugs seized, and is widely known in South Korea as ‘Philopon’, was most popular, followed by cannabis at 15 percent.

The growth in the amount of meth smuggled into South Korea over the past year was particularly notable, nearly doubling from 7.1 in 2016 to 14.4 kilograms this year.

The origin of smuggled meth expanded from China, which used to be the main source of the drug, to the U.S., Taiwan, and Thailand.

Also seeing an increase in smuggling activity compared to last year were MDMA and LSD, which are known as party drugs popular among young people.

With the legalization of cannabis in certain states in the U.S. expected to lead to a rise of cannabis smuggling in South Korea, the KCS plans to ramp up security at international airport customs to crack down on illegal drugs.