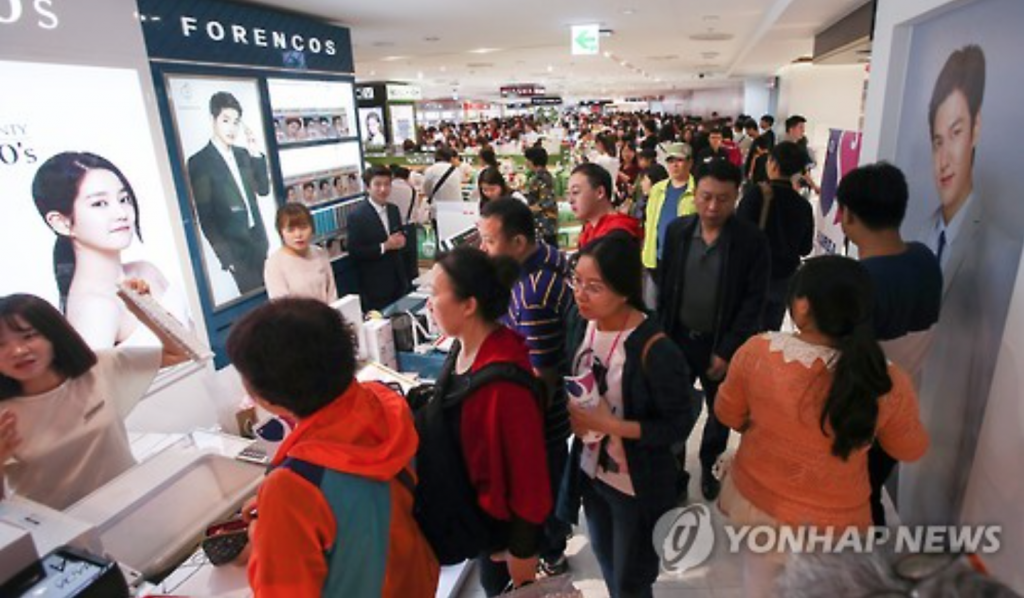 SEOUL, Oct. 18 (Korea Bizwire) – Chinese travelers in their 20s and 30s have emerged as the key customers for South Korean duty-free stores as they are enticed by Korean pop culture and shopping experiences here, industry officials said Monday.

Local duty-free shops in the past mostly generated revenue from middle-aged Chinese travelers who bought foreign luxury bags and watches, but now they are embracing younger Chinese who prefer Korean cosmetics and fashion brands on the back of a rising influx of young independent travelers over the past years.

Hotel Shilla said that the 20s to 30s age group accounted for 76.5 percent of Chinese customers at its duty-free store in Seoul in the first nine months of this year, overwhelming those in their 40s and 50s which took up 21.7 percent.

“A growing number of younger Chinese who are fond of Korean pop culture are traveling here, changing the landscape of the duty-free market,” a company official said.

Lotte Duty Free, the nation’s leading player, also said the ratio of Chinese aged under 40 reached 86 percent of the customer group at its duty-free stores in the first half of this year, while those in their 40s took up 13 percent.