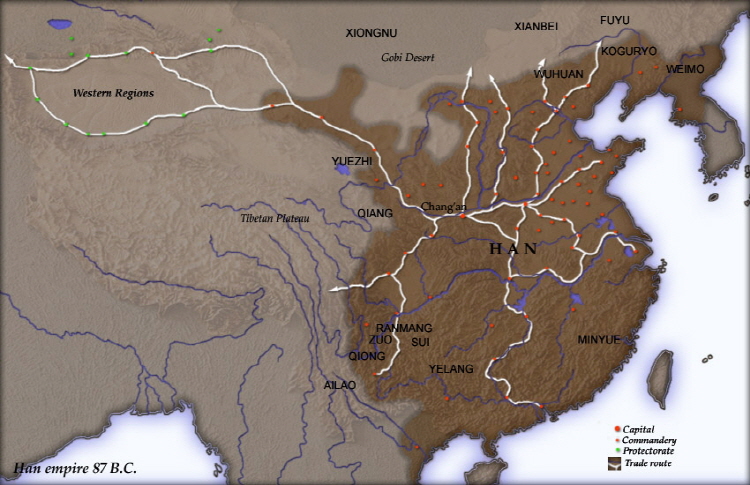 Wikipedia introduce land that is currently part of North Korea as part of the former Han Dynasty. (image: Wikipedia)

SEOUL, May 16 (Korea Bizwire) — The Voluntary Agency Network of Korea (VANK), an internet-based organization, stated yesterday that 16 well-known educational websites such as Britannica and Wikipedia have included the area of the former Korean kingdom Goguryeo as part of China’s Han Dynasty on their websites.

On Britannica’s official website (www.britannica.com/topic/Xiongnu), the area denoted in Chinese history as Han Dynasty (BC 206-220) included the region of Goguryeo (BC 37-668).

On its website for kids (kids.britannica.com/students/article/China/272682/media), the region north of South Jeolla Province was similarly depicted as part of Han territory.

Wikipedia, the online encyclopedia (en.wikipedia.org/wiki/Han_dynasty) and the Ancient History Encyclopedia (www.ancient.eu/article/1109/eunuchs-in-ancient-china) both introduce land that is currently part of North Korea as part of the former Han Dynasty, depicted on the world map.

The website of TimeMaps (www.timemaps.com/history/korea-30bc) has highlighted the lands north of Jeolla and South Gyeongsang Provinces as belonging to Han.

Nations Online, a website that provides information on world history (www.nationsonline.org) and Crossing the Ocean Sea (www.crossingtheoceansea.com) indicate most of Korea as Han domain.

VANK suggests that this is all related to China’s efforts to make Goguryeo part of its own history. “If we don’t do anything about these maps, people all over the world will think that Goguryeo is part of China’s history.

This will later enable the world’s youth to support China’s “Northeast Project.” VANK intends to promote a digital world map that introduces the history of Goguryeo and the territory of Korea’s ancient dynasties.