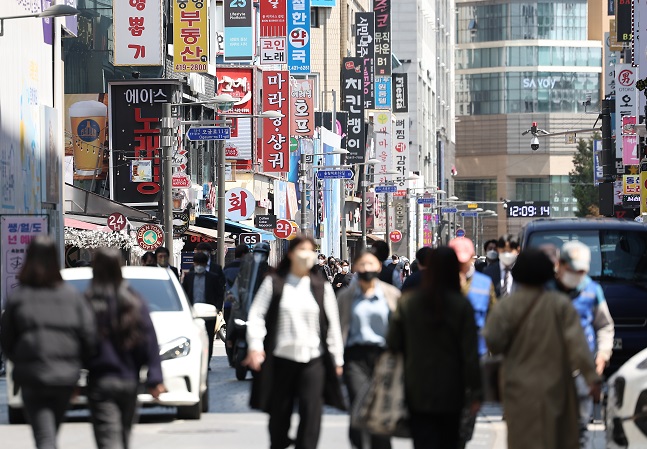 “When working from home, I was able to cook my own meals. Now, I have to start buying meals to eat,” said a 28-year-old employee at an IT company surnamed Kim.

“I normally buy lunchboxes at a local convenience store, unless I have to join my superiors at a local restaurant.”

“Working from home allowed me to send some money to my parents, and eat from home,” said an office worker at an advertisement company. “Now, it costs even to move, and breathe.”

Transportation costs are also rising as a new issue. Many commuters, shocked by the soaring price of gas, are abandoning their vehicles to take public transportation. Some are even trying out bicycles to commute to work.

People are also frustrated by other unexpected costs.

“I gained weight after working from home. Now, all of my old clothes won’t fit. I had to spend 300,000 won to buy new ones,” said a 28-year-old office worker surnamed Cho.

Rising interest rates and profit cuts from stocks or other financial investments are also an issue of concern.

“I have to rent a room since my work is too far away, and I’ve decided to cut back on my spending since the interest I have to pay for borrowing money for my room is just too expensive,” said a 20-year-old office worker recently hired by a large conglomerate.

“I have no choice but to ask my parents for help.”