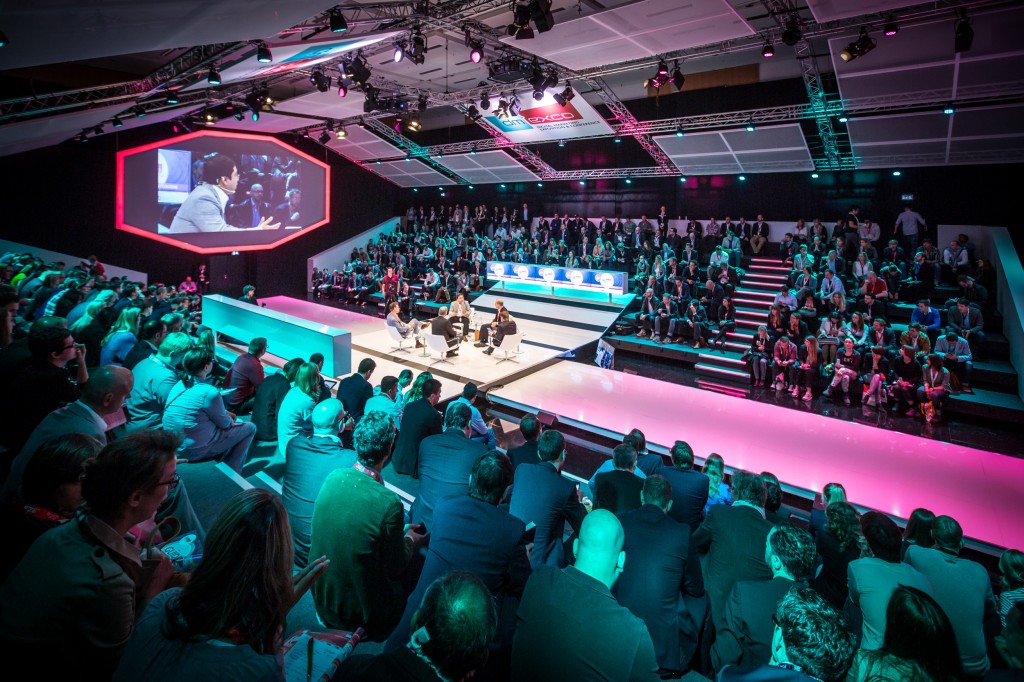 With 807 exhibitors, 470 top-class speakers, and a new record number of more than 31,900 trade visitors, dmexco 2014 has demonstrated its international position as the biggest and most prominent trade fair for the global digital economy. (image credit: dmexco 2014 homepage)

COLOGNE, GERMANY, Sep 12 (Korea Bizwire) - dmexco 2014 has just concluded its second day of trade fair and congress activities. With 807 exhibitors, 470 top-class speakers, and a new record number of more than 31,900 trade visitors, the event has demonstrated its international position as the biggest and most prominent trade fair for the global digital economy.

“In the past two days, dmexco has once again made Cologne the capital city of the entire digital world — with all of the important innovations, trends, and leading experts of international digital business. dmexco has once again demonstrated: It is the central platform for communication of the digital economy in Europe,” said Gerald Böse, President and CEO of Koelnmesse GmbH. dmexco 2015 will take place on September 16 and 17 in Cologne.

In the past two days, dmexco 2014 has succeeded like no other event in bringing together in one place the future-oriented visions and business potential of a new digital economy, the “digiconomy.” The high international status of dmexco was impressively confirmed by the ongoing interest of participants from all over the world.

With more than 31,900 trade visitors (representing an increase of 21 percent compared to 2013), including approximately 9,000 visitors from outside Germany, dmexco 2014 has set a new record and thus broken the “sound barrier” of 100,000 trade visitors that have visited dmexco since 2009.

The six formats of the dmexco Conference, which featured 470 top-class speakers, were attended by more than 14,400 guests. Further records were set by the 807 exhibitors (30 percent of whom came from outside Germany) and the 710,000 square feet of exhibition space occupied by their stands at dmexco 2014.

In line with this year’s motto, “Entering New Dimensions,” dmexco 2014 offered a wealth of new impulses and inspiration to help companies successfully launch themselves in the new digiconomy. The newly created dmexco World of Experience used Google, Twitter, and Banbutsu to demonstrate what the business models that underline this new dimension might look like in concrete terms.

At the premiere of this event area, the trendsetters of digital business were presented with a high-awareness environment tailored to meet their specific needs. The World of Experience was the place to demonstrate important trends and present marketing-relevant innovations and products in vivid hands-on formats.

For example, Google brought to dmexco its Google House, where visitors could already experience today life in a digital world of the future. Throughout dmexco, it was clear to visitors that in this era of the Internet of Everything, growing digitization is increasingly entering a new dimension that has key relevance for all areas of marketing, media, and consumer communication.

The big media agency networks of the global digital economy, all of which were represented at dmexco, are also facing completely new challenges and opportunities in the digitized world. From the perspective of the media agencies, the intelligent use of data was an overarching theme. The all-new concept of the dmexco Start-Up Village also provided fresh approaches to innovative business models.

Here, 30 promising young companies from Germany, the UK, and the U.S. received their own platform for the first time — a platform where they could present themselves to the key players of the digital economy and thus establish valuable contacts with customers and business partners. The trade visitors at dmexco 2014 were thrilled. More than 80 percent were satisfied with their visit and over 90 percent would recommend dmexco to other people.

“dmexco 2014 was a phenomenal success! There was more than twice as much exhibition space as in 2009 and the number of exhibitors grew almost threefold. What’s more, the number of speakers increased more than fourfold. As a result, dmexco not only has a dominant position in Europe, but also and above all in the U.S. Moreover, it is increasingly winning over people in Asia. As far as we know, no other comparable show in the world offers this kind of diversity and quality — on top of which it is also open to visitors free of charge. We’re delighted that this year’s many smart innovations and formats more than met the increasing quality demands of the rapidly growing number of exhibitors and visitors — it has allowed us to lay the groundwork successfully for the next years of dmexco, with a focus on the digiconomy,” said Christian Muche, dmexco Director Business Development, Strategy & International, and Frank Schneider, dmexco Director Marketing, Sales & Operations.

And Matthias Ehrlich, President of the BVDW, stated: “As our sector’s visible and tangible epicenter, dmexco once again set the global agenda this year. It also showed where the digital economy is positioned with respect to marketing and communications, and provided useful insights as well as a look into the future. At dmexco, we strive to depict and help shape our sector in a future-oriented manner from the top down. We were extremely successful in this endeavor, thanks to the various expansions to the content and program as well as to the formats. I’m convinced that the creativity, energy, and innovative spirit that could be felt at dmexco will also provide crucial momentum to new markets and market segments.”

“The world is increasingly global and rewards innovation. dmexco is the global gathering of digital companies that are moving innovation forward and thus a key place to be involved in.” — Rishad Tobaccowala (Vivaki)

“dmexco is the most amazing digital marketing forum that I have seen. We are sure that CharmClick would always join the dmexco in the following years.” — Johnny Honggang Zhi (CharmClick)

“dmexco not only sets the agenda, it also serves as the meeting place for the digital marketing sector. That’s why it’s important for Twitter to appear here, especially at the start of our marketing activities in Germany. It exceeded our expectations. Companies from abroad won’t be able to ignore this business hotspot either.” — Thomas de Buhr (Twitter)

“I spoke at dmexco last year and loved the event. I’m glad to be back. I made some great connections the last time I was here and I’m excited to do the same this year.” — Brian Wong (Kiip)

“dmexco isn’t just a platform for efficient networking, it’s also a meeting place where innovative startups from Germany and abroad as well as creative mavericks come together to create a fascinating atmosphere in which the groundwork is laid for tomorrow’s business.” — Tina Beuchler (OWM).

You can find all of the facts and figures about dmexco 2014 at http://dmexco.de/Downloads/Facts-Figures-e.pdf.

About dmexco
dmexco is the leading international expo and conference for the digital economy. Comprising a unique combination of an exposition and a conference, it stands for innovative and future-oriented marketing in the midst of a global growth market. Placing a clear focus on marketing, media, and technology, dmexco in Cologne is the global No. 1 industry meeting place and platform for valuable knowledge transfer and direct business transactions. dmexco, which is organized by Koelnmesse, offers trade visitors the broadest range of business trends, growth strategies, product innovations, and creative excellence in diverse forms and is furthermore free of charge. As the central hub for all thought leaders from digital brands, advertisers, and marketers, all types of agencies, and media owners, dmexco is connecting the global digital economy.

All further information on dmexco 2014 (September 10 & 11 in Cologne) as well as photos, videos, and statements are posted at www.dmexco.com, www.facebook.com/dmexco, http://twitter.com/dmexco, and www.youtube.com/dmexcovideo.

Chairman of the Supervisory Board:
Mayor of the City of Cologne
Jürgen Roters