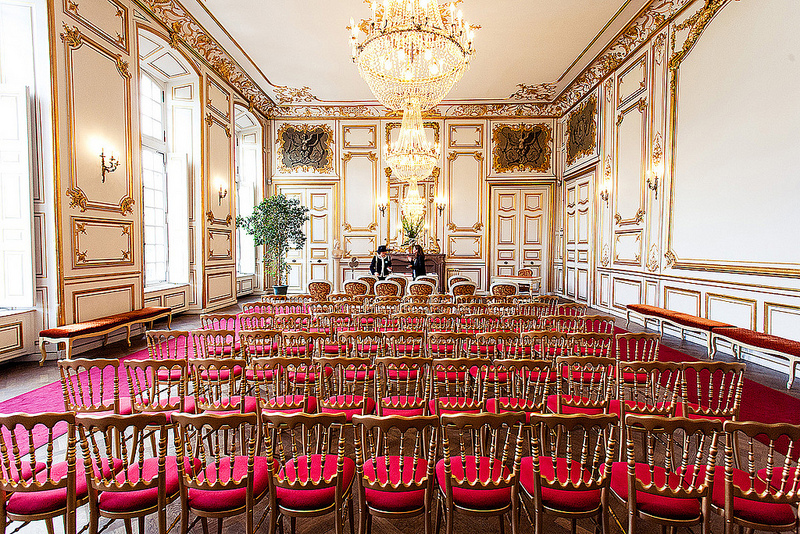 The commission ruled to refund all of the deposit money when the reservation is cancelled within 90 days from the wedding day. (image: Jiang-Zekun/flickr)

SEOUL, Korea, May 1, 2014 (Korea Bizwire) – Wedding halls will now have to break away from the widespread practice of “exploiting” the deposit money even when couples cancel their bookings months before their wedding day. Furthermore, wedding halls are now banned from charging excessive cancellation fees when newlyweds call off the reservation close to the wedding date.

The Korea Fair Trade Commission announced on April 30 that it has investigated 24 wedding halls across the nation and has taken a measure to remedy unfair clauses such as unreasonable cancellation penalty clauses.

Many wedding halls including Sheraton Grande-Walkerhill Hotel, Intercontinental Seoul Coex, Seoul Palace Hotel, and Airport Convention Wedding Hall had unjust clauses such as the non-refund policy on down payments regardless of the remaining days before the booked date and excessive cancellation charges which exceed the amount of loss.

The commission ruled to amend these clauses to refund all of the deposit money when the reservation is cancelled within 90 days from the wedding day. Moreover, cancellation fee, which was used to be charged from 10 percent to up to 100 percent of the total wedding cost depending on the remaining dates before the amendments, is now regulated to only to be imposed up to the consumer dispute settlement standard, which is 10 to 35 percent of the expenses.

For hotel wedding halls, the commission took a step further to detail out the penalty policies regarding cancellation within 30 days, to only up to 35 percent of the cost to be able to be levied when called off within 29 days to 10 days before the ceremony, 50 percent when cancelled the day before, and 70 percent when cancelled on the very day.

Also, the fair trade agency regulated that the wedding halls have an obligation to present evidential documents regarding cancellation fee whenever a client asks for them, and to refund any amount of money that has been excessively imposed compared to the amount specified in the documents.

An official in the commission said, “Few wedding halls apply costs for the preparation of the ceremony and the reception events to the cancellation penalty, even when the customer cancels the booking far ahead of the actual ceremonial date. The penalty should be validly imposed in accordance with the projected net profit and expenses that have been actually spent.”