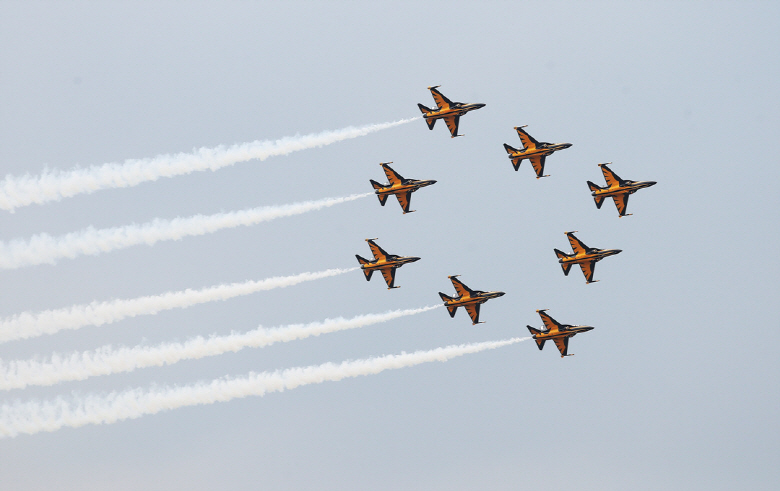 The Seoul International Aerospace &amp; Defense Exhibition, or Seoul ADEX, will open on Oct. 17 for a six-day run at Seoul Air Base, just south of the capital.

More than 400 defense firms from 33 countries plan to participate in the biennial event, said the ministry.

Among U.S. aviation assets to be exhibited are the F-22, F-35A, A-10 Thunderbolt and V-22 Osprey as well as the Bell 429 GlobalRanger helicopter and E-3A Sentry Airborne Warning & Control System (AWACS) aircraft.

South Korea has signed a contract to buy 40 F-35As and the first batch of the aircraft will be delivered to the country’s Air Force in 2018.

Army assets to be on show include K1A1 main battle tanks, K-21 infantry fighting vehicles and Patriot missiles as well as Shingung and Cheongung surface-to-air missiles.

“In particular, brisk activities are expected during the expo this time in connection with efforts to export T-50 supersonic training jets to the U.S., Botswana, Argentina and Croatia,” the ministry said.

South Korea is bidding for the Advanced Pilot Training program of the U.S. Air Force, also known as T-X, to replace its aging fleet of 350 T-38 trainer jets, a deal reportedly worth US$16 billion.

During the “public day” event on Oct. 21 and 22, the South Korean Air Force’s Black Eagles aerobatic flight team will perform in the sky over the venue and South Korean and U.S. fighter jets will conduct a demonstration flight.