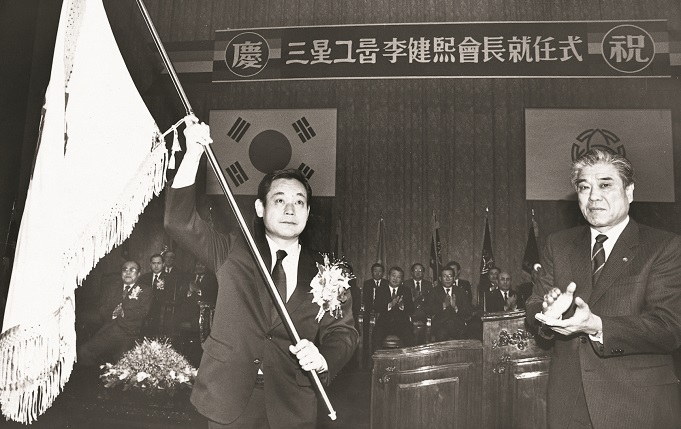 SEOUL, Oct. 26 (Korea Bizwire) — Samsung Group chief Lee Kun-hee, who passed away Sunday, was South Korea’s leading economic catalyst who succeeded in understanding the crisis faced by the country and an inspiration whose message changed not only Samsung, but also the economic and social structure of the country.

Here are some of his famous quotes:

“In the end, I’m the one who has to change. You have to change from the inside out. Change everything but your wife and children.” (During a management meeting held in Frankfurt, Germany in June 1993)

“Stop keeping track of attendance. Get rid of it. It doesn’t matter where you are, as long as you have the right mind. You don’t need to be at the office. Do what you like, spend six months working day and night, and another six months going on a vacation. Don’t judge people for taking time off. When you’re on a vacation, make it worth it.” (Frankfurt, Germany in June 1993)

“All section chiefs and department heads, leave the office by 5 p.m. That’s an order.” (During Lee’s instructions on a new working hours policy from 7 a.m-4 p.m. in July 1993) 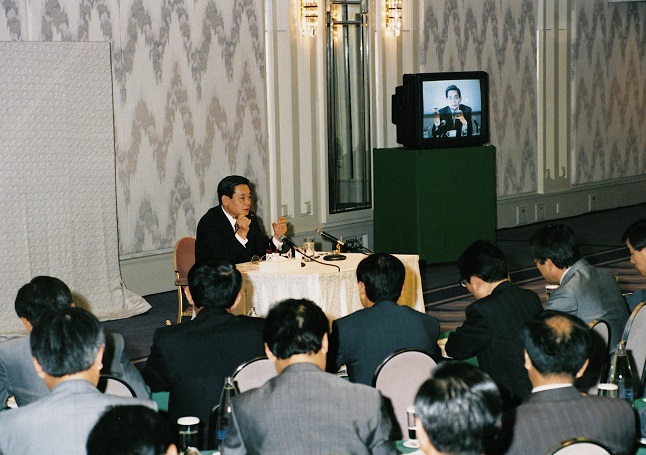 “I’d give South Korea’s politics a D, government officials and administration a C, and businesses a B.” (During a press conference in Beijing, China in 1995)

“A jet cannot fly twice the speed of sound just by doubling engine power. It involves a total overhaul of engineering, fundamental physics, materials and their quality.” (During an executive meeting in April 2002)

“Raising bright minds isn’t enough. We need to plant apple trees.” (Meeting with the press after a press conference with executives in May 2003) 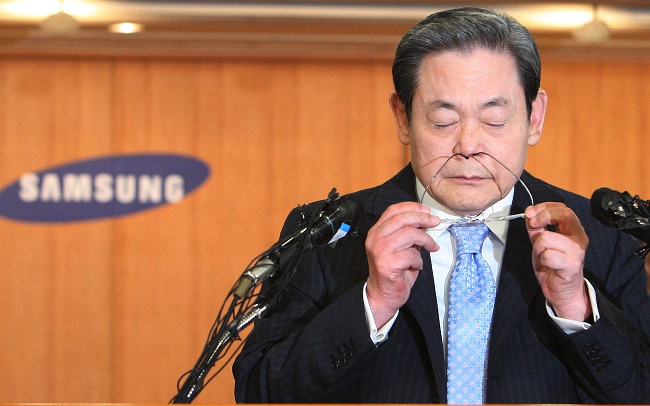