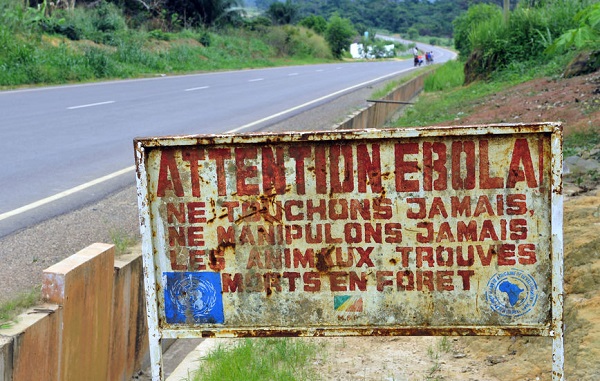 SEOUL, Oct. 23 (Korea Bizwire) – Another epidemic spreads across the world: “Fear-bola.” People around the world are now deeply concerned about the Ebola epidemic in their homes. Mel Robbins, a CNN commentator and legal analyst, has first given it the name Fear-bola. She said, “Fear-bola attacks the part of the brain responsible for rational thinking,” in an interview with CNN.

According to CNN, there are only eight confirmed Ebola cases in the United States, and the chances of any of U.S. citizens catching the virus are minuscule. “Fear-bola starts with a low-grade concern about the two health care workers diagnosed with Ebola in Dallas and slowly builds into fear of a widespread epidemic in the Unites States,” Ms. Robbins added.

Like U.S. citizens, South Korean people also suffered Ebola hysteria. When the government announced that it would dispatch a medical team to Ebola-hit African countries, the paranoia hit the highest point.

Some parents living in Seoul complained to school authorities and the Seoul Metropolitan Office of Education about their children’s fieldtrip to Busan, where the International Telecommunication Union Plenipotentiary Conference is being held. Those parents are worried about a possibility for their children’s infection of the disease since some delegates from African countries are participating in the conference.

Representatives from Ebola-hit nations including Guinea, Sierra Leone and Liberia didn’t come, but envoys from surrounding countries such as Nigeria, the Democratic Republic of the Congo are attending the meeting. Ebola irrationality is frightening not only Busan citizens but also Seoul parents.

As soon as the announcement from the government, the medical community has opposed to the decision for reason of lack of preparation. They fear that lack of preparation and training will cause horrible results. Actually level D protective devices are distributed to most of the Korean hospitals even though level C suits are necessary for medical care.

Four nurses working in the National Medical Center who are highly likely to be dispatched reportedly quit the job, which showed how concerned Korean medical staff are.

“The government should be prepared thoroughly before the dispatch. Appropriate suits, prior training and tight management are required to relieve fear from health personnel,” said Chu Mun-jin, president of the Korean Medical Association.