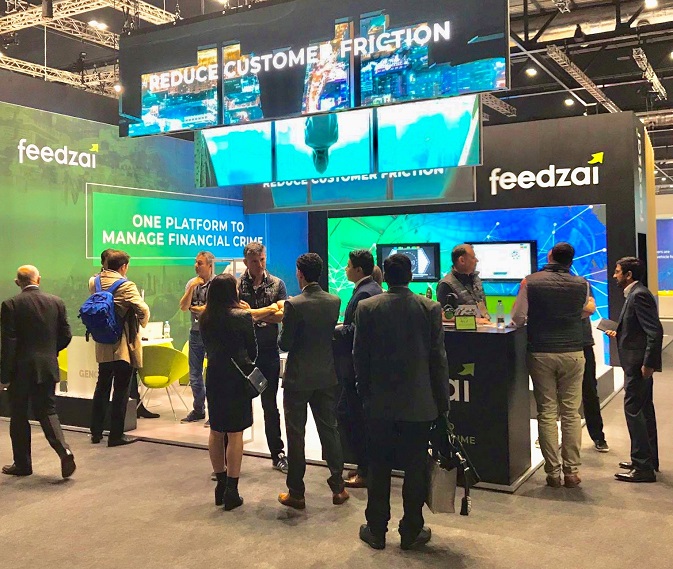 Feedzai Research developed the new framework under the premise that protecting financial institutions from financial crime can and should be done in a fair, accountable, and transparent way and that AI should not harm consumers. Feedzai Fairband can be used with any fairness metrics, model metrics, and sensitive attributes such as age, gender, ethnicity, location, and more. In addition, the technology works with any algorithm and model settings and has shown vast applicability besides risk and financial crime management.

“Feedzai Fairband is one of the biggest milestones in the financial services industry as it presents a low-cost, no-friction framework to address one the biggest problems of our era – AI bias,” says Dr. Pedro Bizarro, Chief Science Officer at Feedzai. “By creating the most advanced framework for AI fairness, Feedzai is allowing financial institutions to incorporate a critical piece of technology that addresses a problem under close public scrutiny with proven damaging effects across the globe. Building accurate and fairer models will be less challenging from now on.”

The world has witnessed widespread reports of AI bias in several sectors in critical areas of society, such as criminal justice, healthcare, or financial services. Real-world examples include racial and gender discrimination in several domains, including facial recognition, job-applicant screening tools, access to credit, or even medical diagnosis. The lack of regulation in AI Fairness, Accountability, Transparency, and Ethics (FATE) has created a worldwide problem that is expected to grow substantially over the next few years if industry leaders and governments don’t act quickly.

Particularly in the fintech industry, there’s a risk that AI systems deny access to financial services disproportionately across people from different groups, based on race, age, place of residence, profession, or employment status. Access to banking services is paramount today, especially during a pandemic in which there has been a rapid transition to digital payments.

Despite recent awareness, using fairness as an objective when developing AI is not standard practice yet. There’s a lack of practical fairness-enhancing methodologies and tools for practitioners, and developing less biased models faces three main challenges:

Feedzai Fairband can be used with any fairness metrics, model metrics, and sensitive attributes such as age, gender, ethnicity, location, and more. In addition, the technology works with any ML algorithm, model settings and can be seamlessly integrated into existing machine learning pipelines, allowing organizations to adapt pre-existing business operations to accommodate fairness with residual cost and without significant friction.

By not measuring and preventing bias, financial institutions will perpetuate AI behaviors that ultimately have a negative impact on how people use banking products and services. Adopting technology that deals with bias efficiently and flexibly helps mitigate these unwanted consequences while allowing customers to experience less discriminatory access to financial services, fostering their economic well-being and access to services in the digital age.

Feedzai Fairband will become available to Feedzai’s customers in June 2021.

If you want to learn more about the problems financial institutions face, check out Feedzai’s blog post: Understanding AI Bias in Banking, and the research paper.

Feedzai is the market leader in fighting financial crime with today’s most advanced cloud-based risk management platform, powered by machine learning and artificial intelligence. Feedzai has one mission: to make banking and commerce safe by combining fraud prevention and anti-money laundering under one platform to manage financial crime. Founded by data scientists and aerospace engineers, Feedzai is considered best in class by Aite and one of the most successful AI companies by Forbes. The world’s largest banks, processors, and retailers use Feedzai to safeguard trillions of dollars and manage risk while improving customer experience.