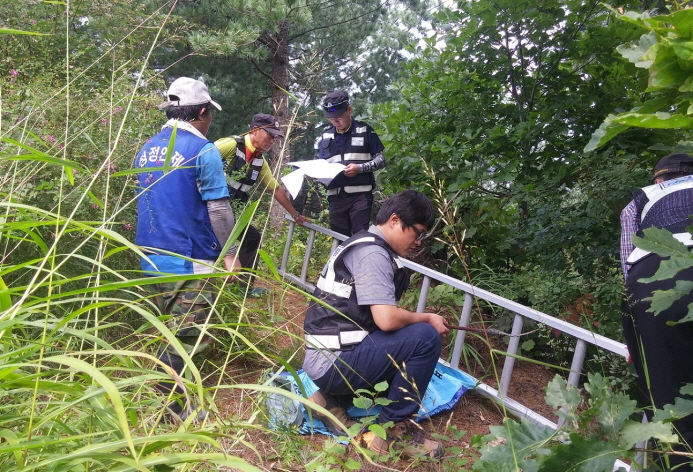 WONJU, Jul. 3 (Korea Bizwire) — A new team managed by the Korea Forest Service that investigates criminal activities associated with forestry has been cracking down on illegal affairs.

The investigation team was assigned to the Northern Regional Forest Service in March as the region saw a continued rise in illegal activities.

As a result, a total of 197 cases of illegal activities were reported, with 70 cases resulting in criminal punishment. In 99 cases, the perpetrators were given fines, while 28 were issued warnings.

The nine remaining cases were classified as miscellaneous.

The investigation team composed of 67 members including special judicial police officers started to crack down on illegal activities regarding forestry in April and May.

From June onward, the team is focusing on clamping down on those who have been clearing forest for individual or commercial gain.

During the summer months, the team will be working to ensure that valleys and streams are free from pollution, fires, illegal and commercial activities, and litter.

Jeon Beom-gwan, the head of the agency’s investigative team, said that the task force will be strengthening investigative efforts in the areas of illegal forestry and littering.

“We will be using drones and other IT technology to capture those who are breaking the law,” said the official.