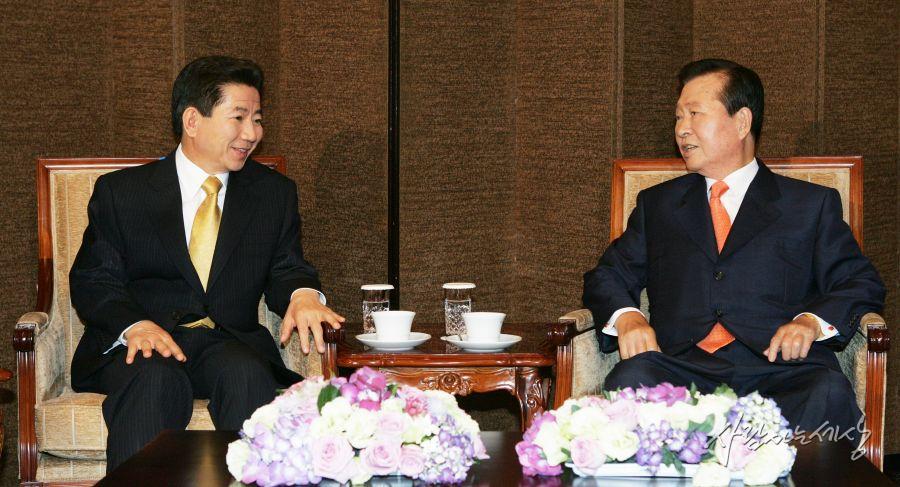 SEOUL, June 12 (Korea Bizwire) – A law professor at Hongik University in Seoul caused a stir by including texts ridiculing former Presidents Kim Dae-jung and Roh Moo-hyun on his final exam.

According to the university’s student council, the professor surnamed Ryu included the English texts mocking the former presidents on the test for his American Contact Law class which was written on June 9.

On the test, he presented a person named “Roh,” apparently indicating the late President Roh. The text said, “Roh was 17 years old and his IQ was 69. He suffered brain damage resulting from jumping off Owl Rock when he was six. He lived with his brother, Bongha prince, in a house which had been left to Roh by his parents.”

The former President Roh committed suicide by jumping himself from Owl Rock behind his home in Gimhae’s Bongha Village after an investigation into his bribery scandal.

After the texts widely shared on the Internet, Hongik University’s student union asked the university headquarters to verify the facts, and met the professor three times to check his stance on the issue.

In the meetings, Professor Ryu said, “The texts were not made to mock the former Presidents. They were part of my own teaching method to explain a certain issue in an easy and funny way. The two former presidents also have to be criticized by history.”

Over the controversy, the student union released a statement asking for an apology from Professor Ryu, and his resignation. “Due to irresponsible behavior by a professor, Hongik University has received criticism from the public. The professor should make a sincere apology and step down from his post at the university.”