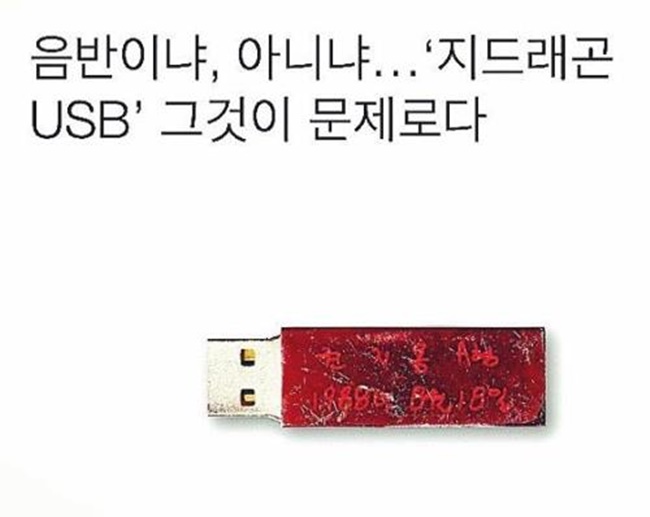 Under the country’s copyright law, an album refers to a physical object that contains music. (Image: Yonhap)

In a post on his Instagram, which started with “What’s The Problem?,” the artist wrote, “Is it that simple that an artist’s work is determined ‘an album’ or not by someone whom you don’t even know. I can unveil only a few songs after long thoughts and deliberation. It feels like a dream whenever I grab a new album wrapped in a plastic package. Whether it is an LP, tape, CD or USB file is not the point.”

“The most important thing is not the external packaging, but the fact that my music and songs containing my voice can be played by anyone, anywhere,” he continued.

His recent rebuke came after the Korea Music Content Industry Association, the operator of the official Gaon Chart, said “Kwon Ji Yong,” released on June 8, couldn’t be considered “an album” because the USB doesn’t contain actual songs but redirects a user, when activated, to a special site where songs, music videos and photos can be downloaded.

Under the country’s copyright law, an album refers to a physical object that contains music.

The position, if confirmed, will exclude his solo album from Gaon’s album sales chart, which will have a negative impact on the singer-songwriter’s performance on local music charts that reflects data from Gaon.

But some critics argue that it is hard to determine whether it is an album or not according to its external form, at a time when the music industry has seen a rapid change in music distribution and consumption.