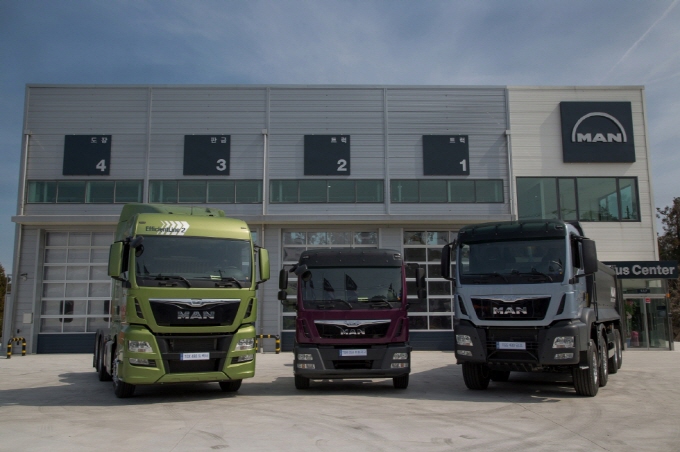 Seventy-two owners of MAN trucks have decided to lodge a suit with a district court in Suwon, south of Seoul, on Monday, for psychological and financial damages due to such problem as malfunctioning brakes and steering wheels, according to the sources.

“There are safety-related faults in MAN trucks. The same problems persist despite repairs and replacements of parts on several times,” the owners claimed in the lawsuit.

MAN truck owners are seeking 5 million won (US$4,400) each in damages, which represents a portion of the refund they received from the German commercial vehicle maker, a person familiar with the matter said.

MAN Trucks & Bus Korea said it has a commissioned an outside organization to determine the causes of the alleged faulty parts, adding that the South Korean government is investigating the matter separately.

In addition, some 80 owners of Volvo trucks are preparing to file a lawsuit against Volvo Korea for allegedly defective steering wheels or transmission systems, according to the sources.

Attorney Ha Jong-sun of Barun Law, who represents the Volvo truck owners, called on the carmaker and the Seoul government to effectively address the issue, which is directly related to their livelihoods.

In late June, 48 owners of Daimler trucks filed a similar suit with a Seoul court against Daimler AG and Daimler Trucks Korea for allegedly malfunctioning braking systems, airbags and steering wheels, which resulted in accidents in some cases.

Meanwhile, some 200 owners of Daimler, MAN and Volvo trucks are slated to hold a rally in southern Seoul on Saturday to urge the automakers and the South Korean government to redress the problems.