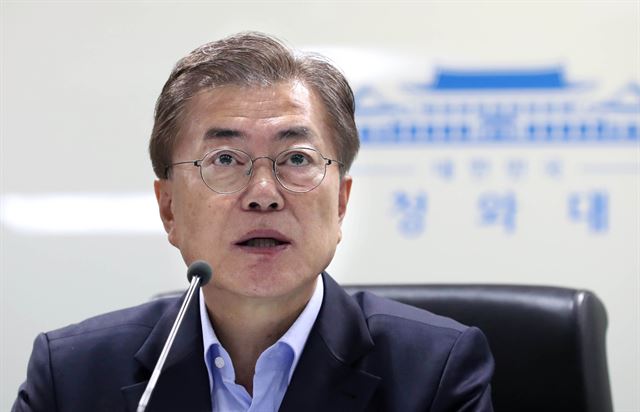 SEJONG, Nov. 10 (Korea Bizwire) — When President Moon Jae-in took office after his victory in the unprecedented presidential by-election in May, he was confronted with tough challenges ranging from social upheaval caused by his predecessor to heightened regional diplomatic and military tensions.

One of the biggest issues confronting the chief executive was finding a way to tackle the protracted economic slowdown, as many experts fretted that Asia’s fourth-largest economy was losing steam and entering a period of chronically low growth.

Economic data was also depressing for Moon, as the South Korean economy grew 0.6 percent in the April-June period from a quarter earlier, sharply cooling from the previous quarter’s 1.1 percent gain.

Additionally, most global investment banks and private think tanks issued reports that the South Korean economy would fail to meet a growth target of 3 percent for 2017.

President Moon swiftly pushed forward a supplementary budget plan in a bid to have state spending spearhead economic growth to bolster production and exports, which have been on a steady rise since November last year. The additional 11 trillion won, independent of the 400 trillion won (US$359.2 billion) regular budget for the fiscal year 2017, aimed to create new demand and jobs, vital for sustainable growth.

The new administration also designated a temporary holiday to create a 10-day long Chuseok, or autumn harvest, holiday in early October in a bid to encourage people to spend more.

Entering the third quarter, the world economy entered an upturn phase led by solid growth in the United States and Europe.

Exports — one of South Korea’s major economic pillars — grew a solid 24 percent in the third quarter from a year earlier thanks to strong demand for locally made semiconductors and displays. In September alone, the country’s outbound shipments soared a record 35 percent to $55.1 billion.

In the three month period, the country’s gross domestic product (GDP) increased a good 1.4 percent from the previous quarter, the fastest gain since the second quarter of 2010, when the economy shot up 1.7 percent.

The financial market is also booming. South Korea’s main bourse set a new record last month to close above the 2,500 mark for the first time since the market opened in 1983, led mostly by gains of technology companies amid eased geopolitical tensions over possible North Korean nuclear provocations.

The third quarter growth suggests that South Korea is almost certain to meet or surpass the government’s growth target of 3 percent.

As a result of the good economic news, the BOK raised its growth outlook for the country’s GDP to 3 percent for 2017, up 0.2 percentage point from the estimate the central bank released in July. The International Monetary Fund had also earlier adjusted South Korea’s gross domestic product growth to 3 percent, up 0.3 percentage point from its April estimate, citing the general recovery in global trade.

Despite such optimistic signs, some critics claimed economic recovery going forward was not a sure thing and may not be sustained, as the rosy economic data is largely due to certain sectors.

“Bullish exports are caused by ballooning demand for chips, which also comes along with facility investment,” said Kim, the KDI economist. “The gap between the semiconductor business and others is actually widening.”

To sustain the steady economic growth, the Moon Jae-in government crafted its “innovative growth” strategy, along with income-led growth and fairness. As a first step, the government announced a set of plans to foster innovative startups, through the creation of a 10 trillion-won fund in the coming three years and giving tax incentives to venture investors.

From the beginning, President Moon has put policy priority on “income-induced growth,” or “consumption-led growth,” which calls for increasing household income and spending by using various policy tools to fuel sustainable economic growth.

“If the job-centered economy and income-induced growth are demand-side policies, innovative growth would be the supply-side policy,” Finance Minister Kim Dong-yeon said earlier. “A harmony of the two would enable the sustainable growth of South Korea’s economy.”