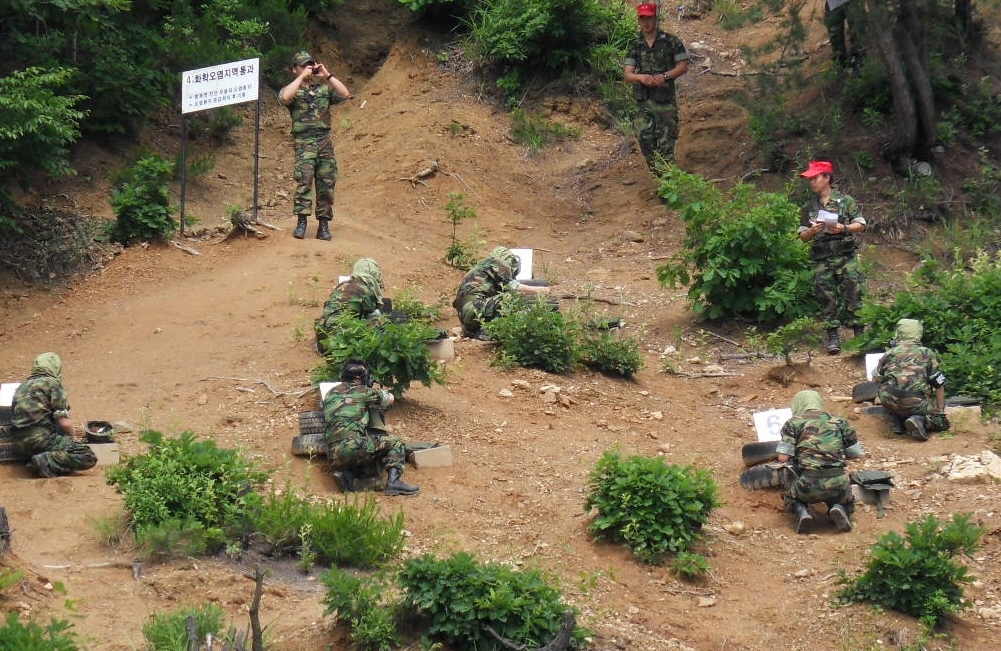 While strengthening education on instructors to better manage any accidental cases, the Defense Ministry is considering having those in charge of shooting exercises fully armed with loaded guns and bulletproof jackets. (image: Defense Media Agency)

SEOUL, May 15 (Korea Bizwire) — The Defense Ministry Friday announced plans to launch a task force to reform the training system for reserved forces after a deadly shooting early this week by a reservist at a military training camp.

On Wednesday, the 23-year-old man, surnamed Choi, opened fire on fellow reservists during a shooting exercise at the compound in southern Seoul, killing two and wounding another two. He then shot and killed himself.

“For more detailed, fundamental solutions, a task force will be set up and running starting Saturday to be led by the vice defense chief,” Defense Ministry spokesman Kim Min-seok told reporters. “We will first carry out an inspection into training facilities nationwide.”

According to initial measures presented by the ministry aiming at preventing a recurrence, one instructor will be assigned to control each reservist on a training drill.

While strengthening education on instructors to better manage any accidental cases, the ministry is considering having those in charge of shooting exercises fully armed with loaded guns and bulletproof jackets.

The military has been under criticism for poor management and lax regulations. Though the shooting range at the Seoul training camp has 20 shooting lines, a mere six active-duty service personnel were there to control the reservists. Over the course of the attack, none of the instructors were able to take proper action to stop the shooter.

“Among our options are the installation of close-circuit televisions at shooting ranges and the establishment of partitions in each line,” the spokesman said.